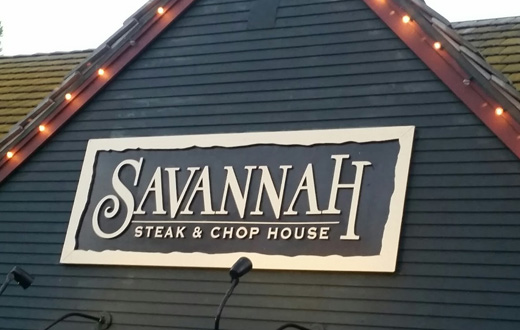 Initially the brainchild of Restaurateur David Wilhelm in the 1990s, Savannah Chop House in Laguna Niguel closed its doors yesterday.

While the “classic old school” steakhouse was initially as popular as Wilhelm’s Laguna-based French 75, he chose to step away when his company, Culinary Adventures, wobbled – and eventually fell – under the stress of an economic recession in Arizona that smacked his restaurants to the mat.

Until just a few months ago, the innovative Chef Chris Tzorin had stepped back in to try to revive the restaurant. He had initially worked at Savannah, and then left in 2014 to take the helm at Tortilla Republic in Laguna Beach. He returned to Savannah in early 2015. The closure sent ripples through the restaurant community, and several chefs and restaurateurs have been scrambling to purchase kitchen equipment and fixtures. Apparently, Savannah landlord Shea Property wasn’t subscribed to the same coconut telegraph line.