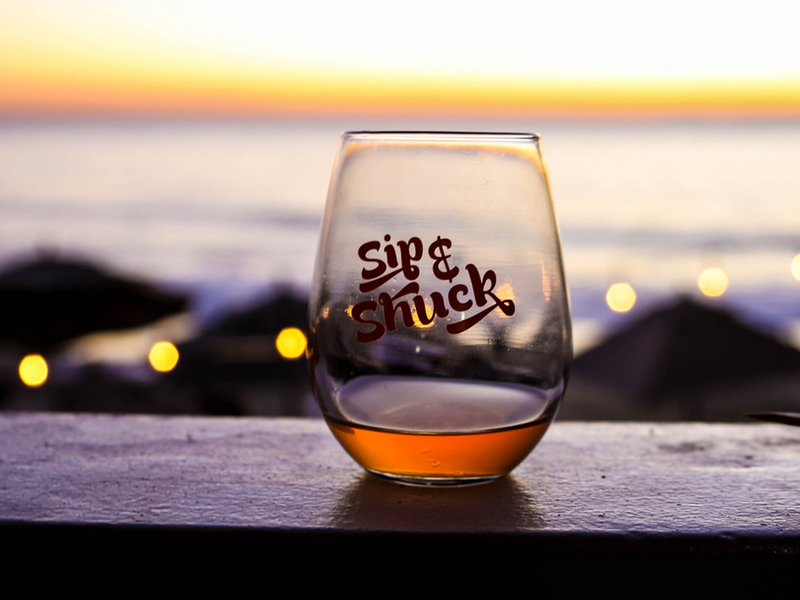 I know the 5th annual Driftwood Kitchen + The Deck Sip ’n Shuck party isn’t happening for an entire month (Nov. 4th to be exact, 2:00 – 6:00 p.m.). The tickets for this event, though, disappear faster than oysters on the half shell, the namesake for this event.

Our fine folks at Driftwood and The Deck restaurants introduced the Sip and Shuck in 2014 as an oyster/champagne party in the name of non-profit love for Laguna Beach. This year, CASA (Court Appointed Special Advocates) is the lucky recipient.

The first Sip ’n Shuck party in 2014 included all sorts of tray-passed small bites and was filled to the brim with a sold-out crowd from the moment it opened its doors. Each year since, the champagne and food offerings have only expanded, and the party has only gotten bigger. 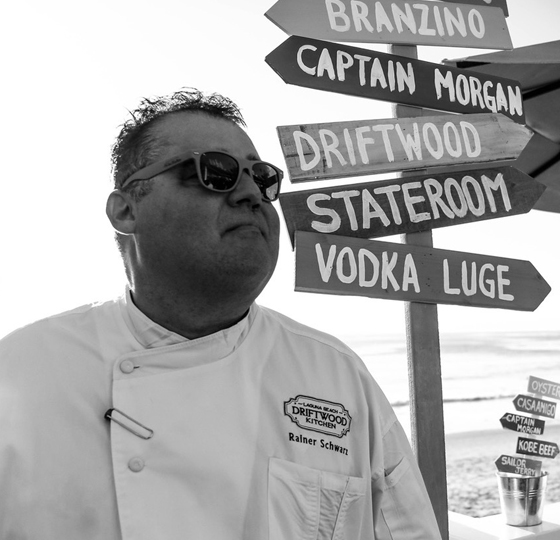 Admittedly, the price for entry has gotten bigger, too, and understandably so. While Chef Rainer Schwarz and business partner John Nye can either donate or find donating partners for most of the party’s expenses, there are some hard costs that just have to remain what they are.

And, given the popularity of the event, Schwarz and Nye want to be sure that the non-profit they select to honor each year actually receives enough funding to prove beneficial.

Party goers seem more than happy to comply with the goodwill gesture.

Food & Beverages as Far as the Eye Can See
The press release I received about this year’s Sip ’n Shuck says that “admission includes oysters and other small bites, as well as access to champagne, wine, cocktail and beer sampling.”

Trust me when I say this is quite the understatement.

These are typically served up in very creative ways, including iced luges, drizzled snowcones and more.

On the food side … well, that presentation just goes on and on, with fare from all three of Schwarz’ menus – The Deck. Driftwood Kitchen and Laguna Niguel-based Hendrix. The food fare meanders on over-laden tables from the Pacific Edge Bungalows, up the stairs to The Deck, and up more stairs to even more tables in Driftwood Kitchen and the Stateroom Bar.

And, then, there’s the Entertainment Factor
Sip ’n Shuck has been known to introduce a few “surprises” along the way. In the past this has ambled between live sand castle building, live painting and art exhibits, actual tattoo artists in play, photo booths, raffles, swag shops and more. The team also brings in phenomenal live music.

While there’s nary a promise as to what may be lurking at this year’s party, you can bet you’re not going to be bored. Not for a minute.

Buy your Sip and Shuck tickets here: SipnShuck.com (Sorry, ages 21 and over only allowed to the party.)