Luck o’ the Irish is All Around Our Restaurants 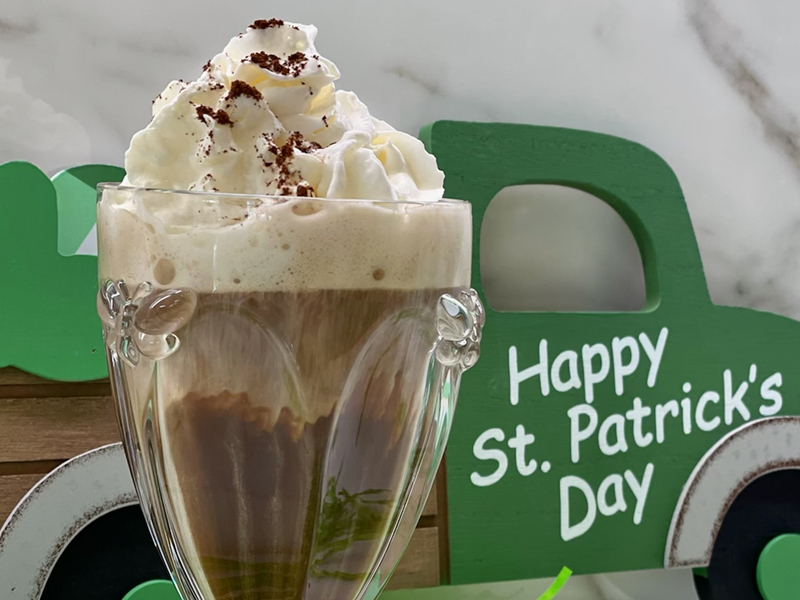 Red Tier is officially in play and St. Patty’s Day is just a day away. It’s a blessed week, indeed.

On Sunday, our Laguna Beach restaurants moved from Purple Tier to Red Tier status, which allows for indoor dining up to 25% capacity. This is based on the restaurant’s official occupancy certificate, so some restaurateurs were celebrating more than others.

Cary Redfearn’s Lumberyard, for instance, may be able to house 30 or so diners at a time in the main dining room. Across the street in his Slice Pizza & Beer restaurant, however, that 25% may mean six or seven patrons allowed for indoor dining. 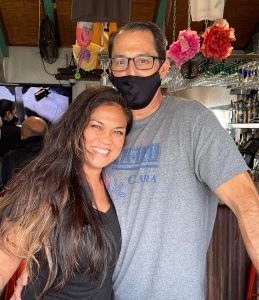 After an extended illness (not COVID related), Steve is back in play at Coyote Grill’s bar and just in time for thirsty patrons eating outside and inside. Pictured here, husband and wife team, Co-owner Desirée Gomez and Steve Morand.

Fortunately, the City is still allowing the expanded outdoor dining, which continues to give someone like Chef Erik at Oliver’s Osteria significant seating options outside. With current restrictions, his cozy restaurant is only allowed to seat about eight diners at a time.

Across the board, restaurant owners reported a very busy weekend despite the chilly, gray days. Chef Craig Connole at Ristorante Rumari told me that the weekends continue to get busier and the shift to longer daylight hours was noticeable in increased patronage this Sunday.

On Sunday, Coyote Grill Co-owner Desirée Gomez welcomed exactly three patrons at a time to her bar (they were waiting outside at the opening bell) and opened a few more tables inside. Despite the limited capacity, the neighborly watering hole felt re-energized and hopping with happy hope.

Meanwhile, take-out and delivery continues to remain strong across the city. “There’s no doubt that our town’s residents have kept us alive through this,” said Rumari’s Connole.

“We’re seeing more familiar faces now, but all those people nearest and dearest to us continued to order food on a very consistent basis. It not only kept our doors open, but I think it made all of us feel valued in this community.” 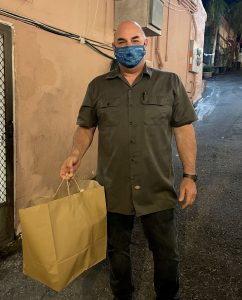 For starters, he’s open. Last year, Orange County shut everything down on March 16th, the day before St. Patrick’s Day.

In February this year, Hennessey’s re-opened its front and back patios after  what seemed a series of trial openings and temporary closings. The mid-size restaurant can now welcome a handful of patrons inside on both main and upper levels, but the patios continue to be the patrons’ choice, especially with live music on the “back porch.”

While he’s not expecting the usual press of St. Patty’s gatherers, Macdonald has ordered six kegs of Guinness beer (“We do not do green beer,” he told me with a laugh. “We’re Irish. We do Guinness.”)

His chefs will also be firing up Laguna’s only St. Patty’s Day Corned Beef & Cabbage plate for $15.95. 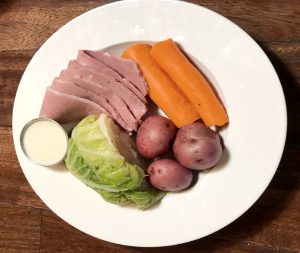 The famed Corned Beef & Cabbage is back for St. Patty’s Day at Hennessey’s. Photo courtesy of Hennessey’s Tavern

Live music is from 5 p.m. to 9 p.m. on the back patio with Celso Salim, a fantastic bluesy-rock band with one kick-butt Brazilian guitarist. The restaurant will be open its regular hours, 11 am to midnight.

GG’s Bistro has also reported in with an Irish Coffee special on St. Patty’s Day. Given these brisk days lately, that warmth may be all you need to make your day go your way. GG’s will be open regular hours, 11:30 a.m. to 8:00 p.m.

I can still remember the day Owner/Chef Lindsay Smith opened her doors at downtown’s Nirvana Grille. Thanks to her fresh, organic cooking, we’ve been treated to a wealth of top-flight dishes that are constantly debuting and rotating through the seasons.

Having survived the COVID year with innovations such as a giant pop-up co-op market and online cooking classes taught by Chef Lindsay herself, Nirvana Grille thinks the number “13” is a lucky one. 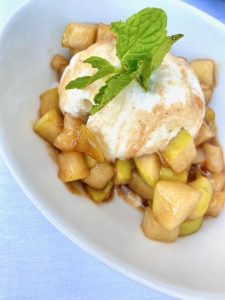 This week, Nirvana Grille celebrates its 13th year with a $13 appetizer/dessert combo.

Lindsay is calling this week $13 to Celebrate 13 Years of Love” with an appetizer and dessert combo for just $13. Choose from an array of popular favorites, including my favorite dessert there, Cinnamon Glazed Starr Apples with Grand Marnier glaze and house made goat cheese ice cream.

Lastly, after breaking the news on the sudden closure of local favorite San Shi Go last week, I must have received 100 mournful texts, emails and DMs. This was a significant loss for our town.

There might be a rainbow in this, though. Stay tuned as San Shi Go might be finding a new home right here in our Laguna climes. Hang close to my Best of Laguna Beach social platforms as well as StuNews Laguna’s platforms; this news might be happening any day.