Stu Saffer and My History of Newspaper Editors 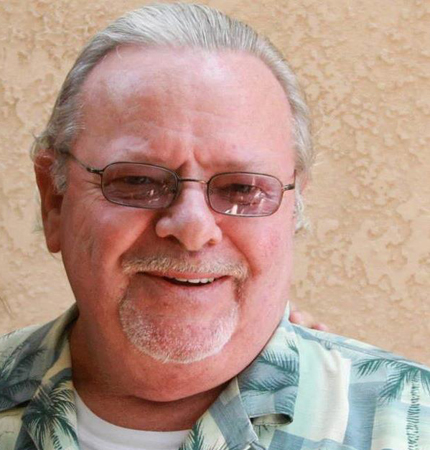 Editor’s Note: Stu Saffer, the Publisher of StuNewsLaguna, passed away on Saturday. May 20th. I felt I owed him some love for all the great breaks he’s given me over the years. This was the column I published in StuNews that following Friday.

I was born a writer.

I can still remember the day when my 4th grade Sunday School teacher, Mr. Cameron, called me and my parents into his classroom to tell us that I had been born a writer. It was a generous gesture on his part; he probably never knew that his comments changed my life that day.

As I wrote my way through elementary and middle school, my teachers would praise me. “You were born a writer,” they’d say.

At the age of 16, I began writing for the Rocky Mountain News, a then-daily paper in Denver. At this point, I discovered that newspaper editors were NOT the hearts and smiles of my Sunday School or high school journalism teachers.

They would say, in their rather straight-faced and grim way, “This could be better,” and they’d toss it back on my desk to rework.

For decades, I’ve been writing. A couple months ago, I calculated that I’ve devoted more than 65,000 hours to writing, the vast majority of which was used or published, but didn’t receive much praise from editors or clients. This was simply an accepted eventuality.

Until Stu Saffer came along.

I approached Stu and Shaena in 2012 when I decided it was time to balance my work craft with the fun craft of writing about what I most loved in Laguna Beach.

Given my history of grim-faced editors, I approached the two at our first Laguna Coffee meeting with some trepidation. By the end of that meeting, though, I knew I wanted to write for Stu Saffer for a long, long time.

As I began delivering my initial pieces, Stu would email me within minutes with praise and thanksgiving. He would tell me he loved my writing. He assured me that he felt no need to change a single word in my columns, that columnists deserved that space and respect.

He’d call me on occasion to pat me verbally on the back and, whenever we got together in person, Stu would clasp my hand and tell me how grateful he was that I was part of his world.

On days when I found myself struggling with the straight-faced and the grim in my larger world of client marketing, I’d take a few minutes to page through Stu’s random emails to me (389 still sit in my in box). When I discovered that a regional writer was plagiarizing the work I’d done for StuNews, I sent an email to Stu and received a call in less than a minute – he was ready to go to the wall for me immediately if I wanted to press charges.

When you’re born to do something in your life … even though you might succeed mightily and take great pleasure in changing people’s lives with your gift … you find yourself developing a shell of protection and resistance that keeps you keeping on despite the straight-faced and the grim.

What a gift … a true breath of fresh air it is, then … when you’re lucky enough to find a Stu Saffer in your corner.