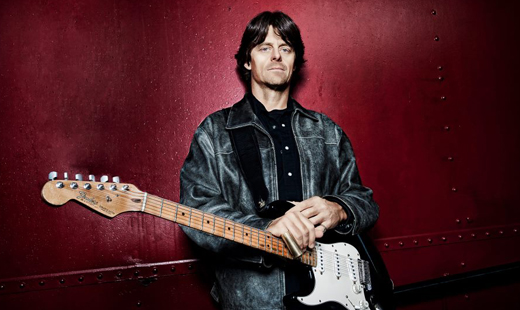 With all our larger live music concerts going on around town, it’s easy to miss some of the great acoustic and small-band talents in many of Laguna’s restaurant venues. This Wednesday, though, you want to be sure you grab an early seat at Mozambique.

An extreme talent in rock, blues and country, Shawn Jones usually hangs his hat at the Wine Gallery on the last Sunday of every month (except when he’s touring), and makes occasional special appearances at Mozambique. This is a live music act you’ve just got to see.

I first saw this guy at the Doheny Blues Festival a few years ago, and have been a fan ever since. With five albums of is own, Shawn is regularly asked to accompany some of the greatest blues, country and rock acts of our age, including BB King, Bonnie Raitt, Willie Nelson, Waylon Jennings, Jimmie Vaughan and more.

This coming Wednesday at Mozambique, Shawn will be bringing his bassist and drummer along (“The Shawn Jones Trio”) from about 7:00 – 10:00 p.m. He will be returning to Mozambique on Wednesday, Sept. 2nd before he heads to the U.K. with Robert Cray through October. Try to catch one of his last two Laguna Beach events as our summer rolls to a close.