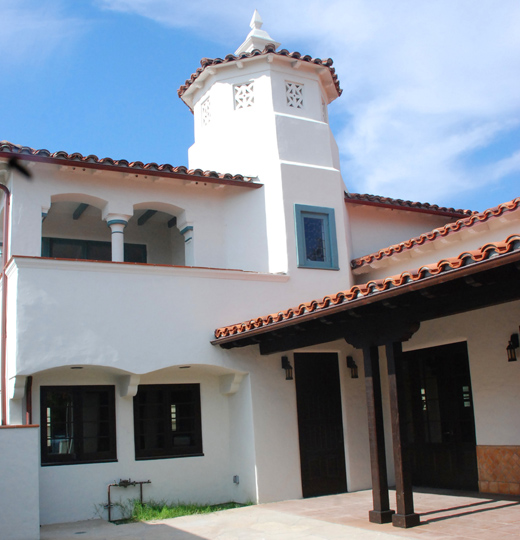 For about six months or so, I’ve been dropping into the new Taverna Restaurant Laguna Beach location to get their latest construction progress report. I don’t think it’s a giant stretch when I say that I’m not the only person in Laguna Beach interested in seeing a great restaurant open in this perfect Ocean Avenue space next to the Marine Room. 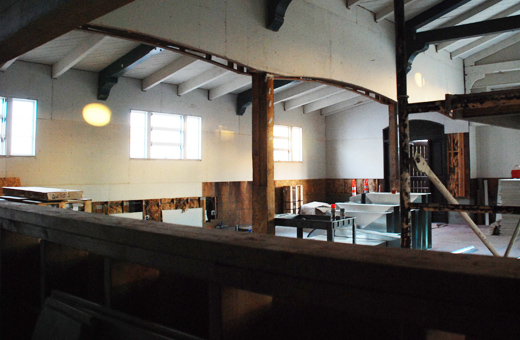 With the new kitchen in place, the tables and chairs just delivered and the trademark Taverna leather-look marble bar slab in place (and what an event that was to behold), they tell me that they’re looking for a soft opening in about a week – at least (hopefully) by Sunday, March 6th – as they work to get past the last few hurdles. 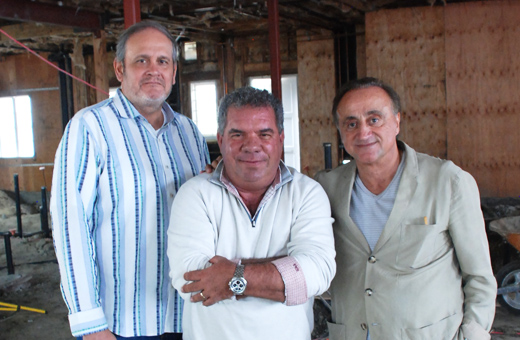 Over the months, Taverna’s resident Architect Bruce Russo, Director of Operations Robert Clayton, and Owner and Founder Alberto Lombardi have become something like family to me. I adore these gentlemen and the concept they’re bringing to Laguna, and I haven’t even tasted the food yet. These are simply good people first, and very successful restaurateurs second.

These Taverna “Cowboys” Are Wearing the White Hats …

Based in Dallas, Lombardi Family Concepts has created 11 booming restaurants in Dallas, Austin, Houston and more. Alberto started with an old-style Italian concept for his first few restaurants, and it’s what he’s chosen to initially introduce to California here in Laguna Beach.

“My wife and I have been coming here for years, and I always said that when we made the decision to expand beyond Texas, I’d be making a beeline for this beautiful town,” says Alberto. “How many restaurants in the world get to have a view like this?” he says, his arm sweeping up toward Main Beach and the ocean blue just yards away.

With an emphasis on Laguna residents and families, Lombardi’s Taverna Restaurant will begin offering dinner options, with lunch and weekend brunches to follow a few weeks later.

“We’re customizing our menu to Laguna Beach with some offerings that are a bit higher on the culinary scale  – we know Laguna Beach residents have a palate for that,” says Director of Operations, Clayton. “But, we’re still going to have a fairly priced menu, one that families can enjoy on any given weekday.”

Given that every Taverna restaurant elsewhere collects rabid and raving fans, I don’t think they’ll have any problem meshing with the likes of our town. Beyond multiple, rich offerings of risotto and hearty helpings of pasta dishes, The Taverna menu offers everything from Tagliata Di Manzo (seared beef tenderloin) to Salmon Puttanesca, Veal Marsala and Pork Chop Milanese (with bacon scalloped potatoes, sigh). Even their wood-fired Focaccia and pizzas send fans galloping to Yelp to warble their praises.

“We love to create great food but it’s so much more than the food,” says Alberto. “We’re here for the long haul in Laguna Beach. We’re committed to creating an inviting, comfortable atmosphere that becomes a second home to the people of Laguna Beach.”

Russo, who’s been in the restaurant development business since the 1970s, has worked with Alberto Lombardi  for nearly 15 years. “I’ve opened and developed more than 270 restaurants, and there’s nothing like working with Alberto,” says Russo. “He’s a first class restaurateur all the way around. His restaurant clients love him. I know Laguna residents are going to feel like family here – that’s the way we like it.”