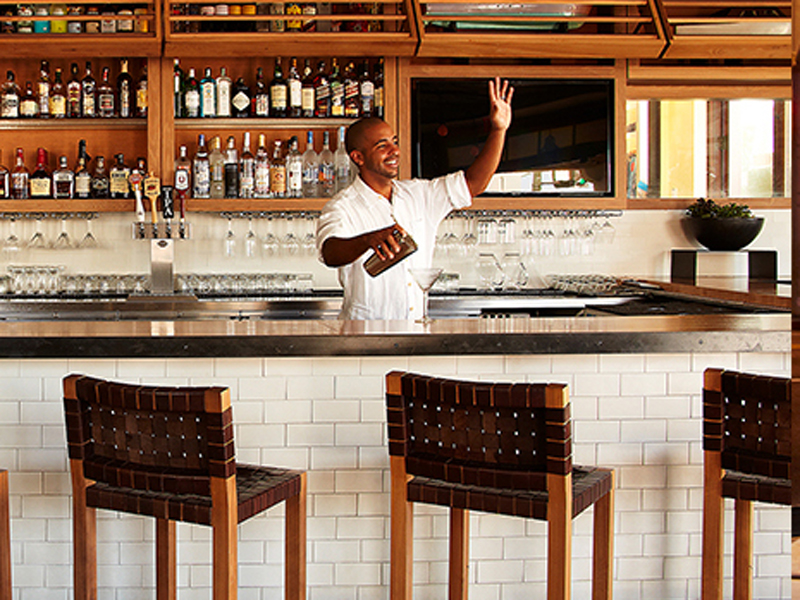 Tommy Bahama, known internationally for celebrating the island life, will begin island hopping this Tuesday when it closes its Laguna Beach location in search of a new home.

On Saturday morning, the corporate offices notified management at both the restaurant and retail locations that their last day of business would be Tuesday, Nov. 5th.

Final operation for the store and restaurant will conclude at regular business hours tonight (Tuesday.) Management will remain another week to completely vacate by Tues, Nov. 12th.

“It was a surprise for all of us,” said the restaurant’s General Manager Derek Beck. “We had a meeting with our employees Saturday afternoon and have been hustling to put severance packages together and move as many of our people as possible into our other locations.”

Ten years ago, Tommy Bahamas moved to the historic Heisler Building at the corner of Coast Highway and Laguna Avenue. “They were involved with me every step of the way in the restoration of this beautiful building, which still remains one of the most ambitious developments in Laguna’s history,” said Owner and Landlord Sam Goldstein.

“Tommy Bahama’s has run a very classy operation from the first day they contacted me,” Goldstein continued. “Their departure leaves big shoes to fill, and I know our community will miss their presence.”

Relations between Tommy Bahamas and Goldstein have always remained warm. The decision to leave Laguna Beach simply came down to the 10-year lease expiring.

“We had a 10-year lease with an option to renew for another 10 years,” said Beck. “Mr. Goldstein has been more than gracious in working to keep us here, and we’ve appreciated the great loyalty and support the Laguna locals have showed us.

“The fact remains, though, that we’ve simply not been able to turn a profit here in Laguna Beach. In 10 years at this location, I’m not sure that we’ve even had one profitable month. In fact, many months have been in the negative by tens of thousands. As sad as we are to leave Laguna Beach, we had to make the decision to walk away,” said Beck.

Both parties note that the struggle went from bad to worse when Hotel Laguna closed its doors on Dec. 31, 2017. And, too, there was the Dec. 10, 2010 flood that forced the restaurant to close during vital days of the holiday season to clear foot-deep mud and address extensive water damage.

“When you’re in the restaurant or retail business, you’re always going to have to deal with changes that happen to you because of something that happens around you,” said Beck. “We did our best to roll with the changes.

“It’s not just the environment around you, though. People who dine out are changing, too,” Beck continued. “Over these last few years, people are less and less concerned about making formal reservations at a restaurant; they tend to make more last-minute decisions and drop in.

“We always appreciate ‘drop ins,’ but it has forced a big shift for restaurants because it becomes a guessing game as to how to properly staff and purchase food for the week. It might seem like a little thing … but in our business where profit margins are already low, it can really wreak havoc with your bottom line,” Beck said.

Goldstein said that he hasn’t yet been approached by any interested parties, but that the news is still quite new.

“Looking ahead, we can say we hope to find something  and something soon that everyone will be happy about. It’s a grand location but also presents what I would call ‘unusual challenges’ for newcomers to our community and City’s sensibilities,” Goldstein concluded.