Top 50 Restaurants in the World: Have You Been? 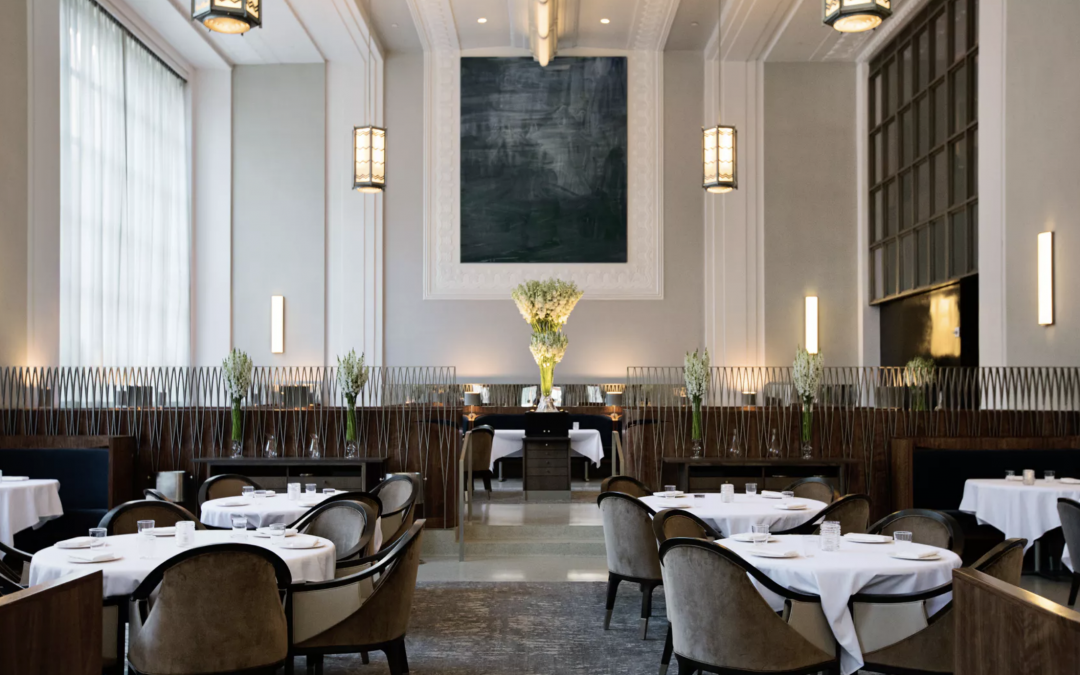 Yesterday, the winners of the Top 50 Restaurants in the World were announced from Bilbao, Spain. Just six U.S. eateries made it to the list, many of whom are repeat winners.

For years, this “award” system has had its critics, primarily because female chefs rarely make the list, and most winners are either high-level European restaurants or restaurants whose cuisine leans toward the high-level Euro persuasion. It, however, proves an interesting read in all the many restaurants you’ve probably never visited but should consider putting on your list.
This year’s #1 went to Osteria Francescana in Modena, Italy. A 12-table restaurant acclaimed for its 3-4 hour tasting “event”, it unseated last year’s U.S. winner, Eleven Madison Park.

One note to keep in mind as you read through this list: There are only 12 restaurants in the entire United States that have earned the highest restaurant rating in the world, the Three Star Michelin rating. All but two of the six below have that 3-star prize.

First, I’ll tell you where you’re going to find the closest of these experiences from our berg in Laguna Beach:
#25 – Cosme in New York City. Critics call Chef Enrique Olvera’s modern Mexican fare “genre defining,” but Chef Enrique is nonplussed. He had been at the restaurant and high-end Mexican market business for years in Mexico before deciding to make his move to Manhattan. The hip, contemporary place earned a Michelin star just lat year. For our side of the world, it’s been confirmed that Chef Enrique has landed on new space for Cosme LA right across the alley from Bestia in the Arts District. This will definitely be art at its finest.

#46 – Saison in San Francisco. Founded by Joshua Skenes, this is a renowned Michelin Three Star restaurant whose only price for your dining experience is $298 per person. Menus are constantly changing on a nightly basis, customized to the client.
The great news: Skenes announced last year that he will be opening a similar concept in the Beverly Center of Beverly Hills this fall, 2018. Named “Angler,” the restaurant will still feature Skenes’ “live fire” cooking as well as a greater emphasis on fish and seafood.

And, for the remaining Top U.S. restaurants:

#4 – Eleven Madison Park in New York City. First opened by famed Danny Myers, it has been helmed since 2011 by Co-Owners, Chef Daniel Humm and Will Guidara. They’ve received the Michelin Three Stars rating since 2012 with a quite immaculate tasting menu service.

#12 – Blue Hill at Stone Barns in Pocantico Hills, New York. A working, four-season farm and education center, the now multi-restaurant operation is Co-Owned by the Barber Farmily, with Executive Chef Dan Barber at the helm. You won’t find a menu here – every evening’s fare changes, based on what’s been culled and pruned from the farm. It’s been awarded a 1-star Michelin rating, but is likely on its way to greater fame.

#26 – Le Bernardin in New York City. Originally a famous restaurant in Paris, the Parisian-born siblings, Mahguy and Gilbert Le Coze worked to raise Le Bernardin to a Two Star Michelin presence before opening a second restaurant in New York in 1986. The New York Times awarded he restaurant a rare 4-star rating just months after its opening, and it quickly climbed to Three Star Michelin status. When Gilbert passed away in 1994, Executive Chef Eric Ripert was asked to step into a larger role, taking on ownership as well. He has easily maintained the restaurant’s Three Star rating ever since.

#34 – Alinea in Chicago. Chef Grant Achatz and Nick Kokonas founded this gem in 2005, with a Michelin Three Star awarded just 5 years later in 2010. It is the only Chicago restaurant to retain its 3-star rating, even after a major menu revamp and dramatic tear down of its avant garde look and feel  in 2016.

A compete list of the top 50 Restaurants fr 2018, along with additional awards they earned: