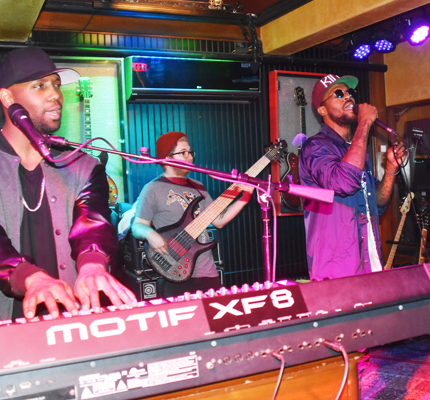 For years now, Laguna Beach has participated in the worldwide party, Fete de la Musique, and for year now, many Laguna residents have no idea what it really is.

One the same day of the year – June 21st – more than 550 cities worldwide participate in this celebration of music with all sorts and styles of music on multiple street corners. Laguna Beach has its own committee that works tirelessly all year long to organize multiple solo artists and bands into singing their own kind of music at Main Beach and in Laguna’s central parks, streets and retail shops.

This year, the Fete has nearly doubled in size.

This year, from about 1:00 – 4:30 p.m., there will be music, music everywhere. The Fete de la Musique committee is planning on at least 50 music acts this year that range in style from hip hop to opera to blues. Not only will the musicians be stationed in various parts of downtown Laguna, but the Fete is extending now to the H.I.P. District as well.

And, for the first time, the Fete is also offering TWO live music stages. One stage, sponsored by the Montage Laguna Beach, will be stationed at Main Beach where the initial Fete parade takes place to launch the day’s events at about 1:00 p.m.

The second stage, sponsored by Skyloft and Mozambique restaurants, will be stationed right next to the Broadway restaurant in the parking just to its south. This stage will be dedicated entirely to Mozambique’s Laguna Voice, the singing contest that has become a giant all its own on Tuesday nights.

If you haven’t yet meandered over to the Tuesday night competition, you’re in for a real treat this coming Saturday as the contest’s host (Francois Dean), his amazing musicians and top talent from previous contests will be performing. Francois Dean, will also be fielding a “contest” during Saturday’s performance of yet-undiscovered talent to give onlookers an idea of the tremendous talent now converging on Laguna Beach to participate in this contest.

Many Laguna Voice “graduates” who have taken 1st and 2nd place honors will be stationed and singing throughout the town, too.

The Laguna Voice stage at Glenneyre and Mermaid streets isn’t the only draw to this – Skyloft will be serving up its craft beers and sampler taste treats and Mozambique will be offering samples from its “30 wines by the glass” selection, with food all its own, too. The Fete committee will be also hosting their VIPs at the same location.

Make your way to the H.I.P. District or downtown Laguna for a fantastic day of great music and worldwide celebration!