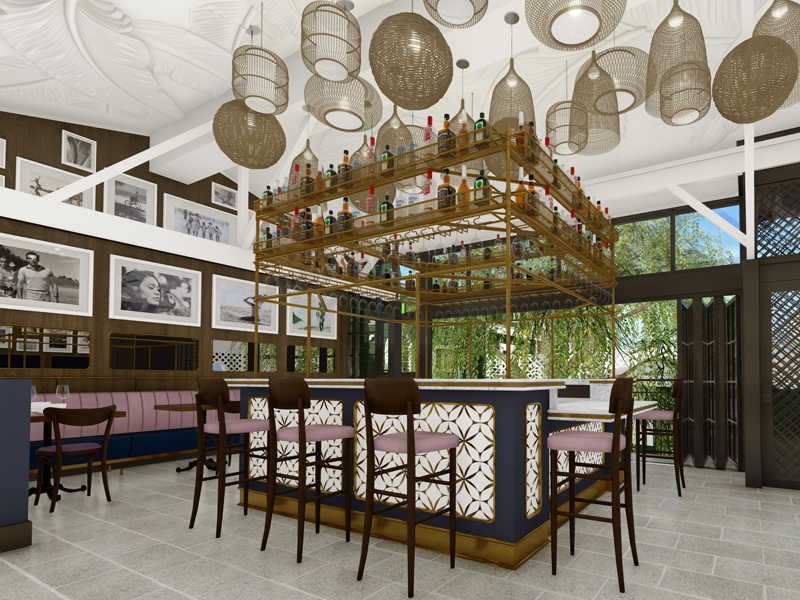 You may recall that months and months ago – April 13th, to be exact – I announced that Rum Social Kitchen & Cocktails would be taking over the old Watermarc space.

Termed by the longtime restaurateurs as “an upscale Hemingway speakeasy,” the team planned to open its Caribbean/Asian concept in July.

With July now three months behind us, you may have begun to wonder if this much-anticipated opening will ever occur.

“It’s just bad timing coming out of a COVID year,” said Ken Ussenko, a partner in the project with John Fisher and Steven Sherwood. “Everyone involved in the permitting process has just been overloaded.”

“The City was able to give us approval to complete our interior restoration in early July, but the County Health Department has to sign off on certain plans in that restoration, and we’re still waiting for that to happen,” Ussenko explained.

“It’s been really frustrating, but there are only so many calls you can make to the County to ask to be seen,” noted Todd Skendarian, the architect on the project.

Fortunately, the team tells me that County Health Department personnel have agreed to an in-person meeting this week or next, and they’re hoping everything will be ironed out and signed off.

“Once the County signs off, we’re still looking at five or six weeks of renovation and then finish work for a few weeks thereafter,” said Ussenko.“ So, we’re hoping to open Rum Social … at least for a locals’ preview … by Hospitality Night on December 3rd,” he finished.