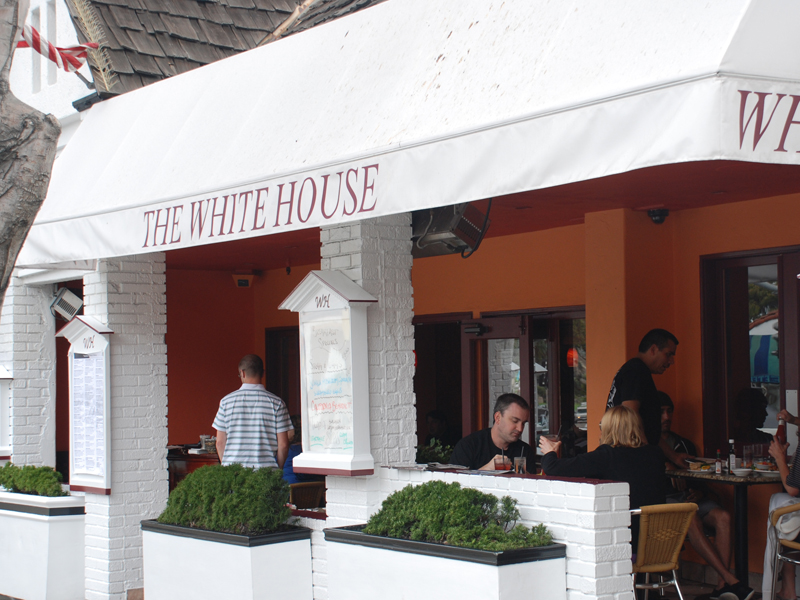 After our beloved White House (Laguna Beach) restaurant shuttered its doors in the fall of 2019, we all fell to wondering who would be next to move into the central downtown space. At one point Chef Reiner Schwarz (The Deck, Driftwood Kitchen, Hendrix) and his team looked seriously at the possibility, but stepped back at the estimated $2 million-plus renovation required.

When COVID struck, it seemed that all hope for a new restaurant tenant had dried up. So, building owner Jules Marine stepped in to renovate, updating the entire restaurant to “an interior shell that is much more appealing to a potential restaurateur or chef interested in being in the heart of Laguna Beach,” said Morris Skendarian, the architect on the project.

“Jules and I have been talking for about four years on what to do with this restaurant,” said Morris Skendarian, the architect on the project. “So, when COVID really shut down the offers, we decided to get busy.”

Marine’s company, Moxey, Inc., recently applied to transfer the ABC liquor permit from the previous tenants, the poster’s posting of which got this town a-twitch with speculation. “No, we don’t have a tenant, but we will have a much more inviting space for that right tenant.This is just going to be a shell, but it will be completely updated and new,” Skendarian added.

Skendarian and his team pulled exploratory permits with the City four months ago to get a better idea of what they were dealing with. As expected, they found plenty of aged and non-code framing as well as evidence of significant roof leaks. As they’ve moved forward on the interior demolition, they’ve removed all the kitchen equipment, and have demolished the cooking line, bathrooms, dance floor and bar area (minus the famous bar, that will remain). Skendarian noted that there was a false ceiling in the bar area that is also being opened up to the trusses above.

The entire exterior facade remains in place, of course, because the building is E-rated with the Heritage Committee.

The storefront, itself (the patio), is not historically protected as it is not original to the building.

“If you look at the historical photos, the storefront used to be right out to the sidewalk,” explained Skendarian. “About 50 years ago, someone took it out and moved it back about seven feet. We’re asking to move into the restaurant space with another four feet or so taken from the interior of the restaurant to create a slightly larger patio,” he said. Noting that the patio is on two separate levels, Skendarian says they will taking the patio down to one level to keep people from tripping.

“The entire facade will stay the same – same wood peaks, same wood shingles, same brickwork all around – it’s all part of the historical building. We’re not increasing the footprint at all,” he said.

In the end, the restaurant space still stretches to nearly 4,000 square feet, a sizable opportunity for the next enterprising restaurant owner.  “We’re laying out the kitchen space, re-creating the bathrooms, putting in a new grease trap and doing all new electrical panels, gas lines, and sewer lines to the street.And, we’ll have already done the legwork with the Heritage Committee and Design Review, so the new tenant is going to be in great shape.  In the end, the bar and dining room areas will still be similar to what was in place before, but it will be the newest restaurant space in Laguna Beach,” said Skendarian