We’ve all heard the old adage, “Do what you love and the money will follow.” Few people, though, have the guts to really step off the ledge and follow that passion.

In 1999, after graduating from college and working a full year in a job he disliked, Chris Olsen stepped off that ledge. 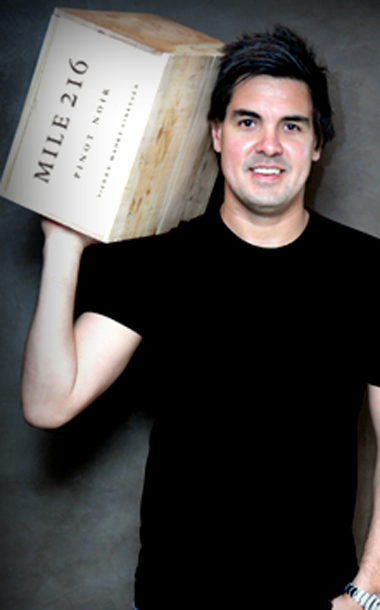 “I had fallen in love with the whole wine culture when I was in school at Santa Barbara, and I couldn’t stand another day in the finance job I had,” says Chris. “So, I found a business partner, hired a bar consultant and invested $50,000 in wine inventory … which, in hindsight, was really pretty crazy. I had no idea what I was doing.”

But, somehow craziness backed by passion is usually handsomely rewarded no matter how disorganized or unprepared you think you might be. And, in Chris Olsen’s case, that step has become an epic homerun.

It all started with a simple retail wine store in CdM. Three years later, Chris added a tasting bar and, in 2007, expanded into the suite next door and added a mini kitchen comprised mainly of a Panini press and convection oven.

In 2009, CdM’s go-to gathering place became even more popular when Chef Josh Mason was hired to commandeer the tiny kitchen (and its faithful Panini press). He had just returned from building a popular pizzeria in Denver and immediately began turning out miraculous small plates, pizzas and salads.

Given that now there were two gentlemen at the Wine Gallery following their passion, it was only a matter of time before Chris and Chef Josh talked their partners into expanding to Laguna Beach in 2012. 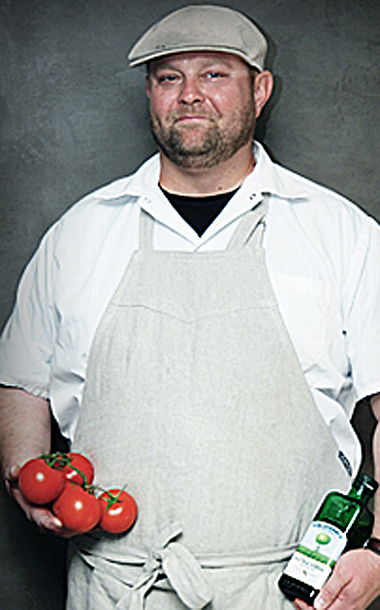 This time, though, Chef Josh was rewarded with a massive wood grill oven and a kitchen larger in square footage by at least three feet. Even with the added kitchen accouterments, the Wine Gallery’s menu is one of surprising delight, welcoming rabid regulars and unsuspecting visitors six nights a week (they’re closed on Mondays).

The Menu Expands
If you think Wine Gallery Laguna Beach just offers the same charcuterie boards, bruschetta options and snacky favorites as the original CdM location, you have quite the exploratory journey ahead of you.

Yes, the crowd-pleasing favorites from CdM are on the Laguna Beach menu, including the best selling Short Rib Tacos and Oven-Roasted Meatballs in red wine tomato sauce and gooey mozzarella crown. But oh, there’s so much more.

“I guess our Laguna restaurant is what you’d call a full-service menu,” says Chris. “We told Josh to take the wheel on this one. We didn’t have to tell him twice.”

The Panzanella Salad is the self-proclaimed favorite of Chris and his wife, Heather. Roasted cherry and tear drop tomatoes jumble with paper-thin cucumber slices, chunky house made mozzarella, fresh basil leaves and chewy/crunchy croutons in a simple olive oil and lemon toss.

(Just writing the above sentence makes me want to save this document, grab my shoes and car keys and make a beeline for a taste of this salad again. But for you, dear reader, I will soldier on. There’s too much good here to keep you waiting.)

I opt for a taster of the Soup of the Day (on a chalkboard with other “of the day” specials), and am rewarded with Corn & Crab Bisque. Josh roasts the corn in the massive wood-fired oven and adds it to a simmer of house made chicken stock, potatoes, a bit of olive oil and – this is a good one – Old Bay seasoning, which adds something of a curry mellowness to the soup. It’s a lovely blend whose only fault is that it’s not on the menu as a permanent fixture.

Oh, and About the Wines …
Lest I forget to remind you, this is a Wine Gallery Restaurant, so Chris serves up a beautiful Mile 216 Sierra Mere Chardonnay with my Corn & Crab Bisque. While the bisque is absolutely creamy without a hint of dairy cream addition, the Chardonnay is equally smooth and rich, even without the usual hint of buttery cream that trademarks most Chardonnay.

The Mile 216 varieties from Santa Barbara are yet another passionate venture on Chris’ part as he’s personally and actively involved in the making of this wine.

“It was 216 miles every time I drove from Newport Beach to Santa Barbara in my early days of wine buying and collecting for the store, so it seemed an appropriate name for my own wine,” says Chris.

Aside from the Mile 216 Chardonnay, two varieties of Mile 216 Pinot Noir tuck in with nearly 25 wines by the glass and more than 50 domestic bottles that span every possible white as well as cabernets, pinots, merlots, syrahs and zinfandels. Imported wines add another 20 or so bottles to the substantial wine menu.

“We try to keep wines by the glass fairly regular, but the bottles we change up more often,” says Chris. “And, we usually introduce a ‘mystery wine’ special of the night, too.”

Not into wine? No worries. The team serves up a variety of craft beers, including popular IPAs, brown and amber ales and pilsners.

A restaurant that specializes in wine passion is particularly lovely when it comes to pairing your food … any food. The Gallery’s fabulous signature Burger (with truffle ketchup, no less) is best paired with one of two zinfandels, says Chris. The aforementioned Panzanella pairs beautifully with the Criennes Rosé. And the wood fired pizzas? Well, it all depends on the toppings, of course, but a great Italian Barolo usually does the trick.

Even without the Barolo pairing, the wood fired pizzas are quite popular sellers on their own with eight suggested menu options and any variety of vegetable or meat add-ons, too.

Even though the combinations are thoughtful and super-fresh, Chef Josh is more emotionally invested in his house made mozzarella and flawless pizza dough.

“Every week, we make our own mozzarella here,” says Josh. “It’s so different and amazing when it comes from our own kitchen that I have a hard time keeping myself from adding it to everything. The pizzas are just the beginning!”

“He has this whole science on how long to cure the pizza dough and let it rise based on how much humidity we have in the air. And … how he fires and maintains the heat in the oven … and how he balances the cheeses with the other ingredients … well, that’s a whole different science, too” says Mikey G. with his trademark grin. “He’s part chef, part physicist back there.”

Wood Fired Physics at Its Best
Chef Josh’s passion for his wood fired oven grows by the week, and we can only count ourselves lucky recipients of the man’s love.

While I’m told the Steak Frites are a fabulous seller, I opt for a mini version of the Seared Scallops with crisped bacon served atop corn risotto and a sublime strawberry gastrique. While the gastrique alone is enough to brighten the plate and the palate, crispy thin slices of jalapeno and micro cilantro add the perfectly balanced bite.

And then there’s the Prime Pork Chop. Heavens. For starters, this is a beautiful dish that even my Facebook frenzied foodie fans couldn’t guess on restaurant origin. (I always put up a “mystery dish” for upcoming dining reviews at Facebook.com/BestofLagunaBeach.) This isn’t to say that the Wine Gallery Laguna Beach serves up sloppy plating – quite the contrary. I just don’t think anyone expects the Wine Gallery – known for its amazing pizzas, burgers and small plates – to come up with something so … foodie extraordinary as the pristine Seared Scallops or this gorgeous Pork Chop.

And, this isn’t just a pretty face. This “Flintstone-sized” pork chop (nearly textbook Tomahawk) is first brined in a mix of brown sugar, soy sauce, star anise, clove and cardamom. It’s then fired at 800 degrees for about six minutes (right, try that on your home BBQ) until its side trappings of fat caramelize while its interior remains so moist it can be cut with a fork.

Chef Josh creates the polenta base with his mozzarella water and milk solid remainders (so crazy creamy), flash sautés yellow squash and asparagus, and drizzles a protective circle of pomegranate molasses sauce ’round the endeavor (sorry, you’re on your own on that recipe).

Finding Their Bliss
As you know, I love working with and writing about chefs and restaurateurs because they each have so much passion for what they do. The Wine Gallery of Laguna Beach is a textbook example of what this passion really is … initially, Chris Olsen had no business acumen in wine or restaurant management. Chef Josh had no formal training as a chef whatsoever, either.

This, my friend, is what stepping off the ledge is all about.