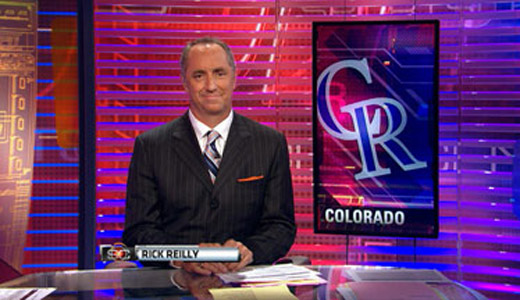 Every now and then, I hear about such a great event that I have to write about it even if it IS outside the city limits of Laguna Beach. (Thankfully, in this case, the event is the brainchild of a particularly philanthropic couple who lives here in Laguna Beach, so it actually still counts as Laguna Beach.)

The annual Witte Lectures at the Newport Beach Public Library Foundation are what I would boldly equate to many of the best TED lectures out there. While the famous TED Conference features world renowned speakers on technology, entertainment and design, the Witte Lectures bring in the highest level authors, columnists, playwrights and more. What I like about the majority of the speakers in the Witte Lectures is that they don’t take themselves too seriously. While they are clearly at the top of their game, they tend to be warm, witty and very interesting speakers.

The mailing I received just covers the Witte Lecture schedule through April, and the first two on the 2014 docket are both favorites of mine. (Therefore, ahem, I sincerely believe they should be favorites of yours, too.)

On Friday, Jan. 31st at 7:00 p.m., and again on Saturday, Feb. 1st at 2:00 p.m., well known Film Critic Kenneth Turan takes to the stage. Turan has been the resident film critic for the L.A. Times and NPR’s Morning Edition for more years than I can count, and is the Director of the L.A. Times Book Prizes, too.

I’d venture to say that Turan has written the most comprehensive and insightful book on film festivals and the impact they’ve made in the industry and in our lives (Sundance to Sarajevo: Film Festivals and the World They Made). He also wrote a meaty directory and review on the best movies that either never made it to the big screen or never received the accolades they deserved (Never Coming to a Theater Near You). At the Witte Lectures, he will be discussing “Why Movies Matter,” and you can expect it to be quite a lively and thoughtful presentation.

Then, later in February – Feb 21st at 7:00 p.m., and Saturday, Feb. 22nd at 2:00 p.m., the Witte Lectures welcomes Sports Columnist Rick Reilly. Having been a sports columnist (way) back in the day myself, Rick Reilly ranks right up there in my top two along with Mitch Albom.

Albom has the all-time record, named 13 times as the National Sportswriter of the Year. Reilly has received the very same award eleven times. (Let me assure you, folks, there are tens of thousands of sportswriters out there who would love to even receive one vote toward that title during their entire careers.) Reilly might actually have one-up on Albom as an astronaut once took Reilly’s signed trading card into space.

The outspoken (and, yes, opinionated) Reilly is the front-page columnist of ESPN.com and delivers human-interest backstories for ESPN’s Monday Night Countdown. He’s the author of 10 books, including his latest, Sports From Hell – My Search for the World’s Dumbest Competition. The book was a finalist for the 2011 Thurber Prize, perhaps because Reilly was willing to “bare all” by including his embarrassing attempts to participate in Nude Bicycle Racing, Zorbing, the World Rock Paper Scissors Championship and an “unfortunate week” on a women’s pro football team.

Where Mitch Albom has written books that make me tear up with ragged emotion (Tuesdays With Morrie as one example), Reilly’s books often make me laugh so hard I can’t stop crying.

You can’t lose by attending one or both of these events at the beautiful Newport Library. If you’re a Library Foundation member, tickets are $45 on Fridays and $30 on Saturdays. Non-members pay $50 on Fridays and $35 on Saturdays. Seating is limited to just 200 people, so best to grab your tickets online as quickly as you can at nbplfoundation.org