A Bevvy of Sight and Sound in our Own Little Town 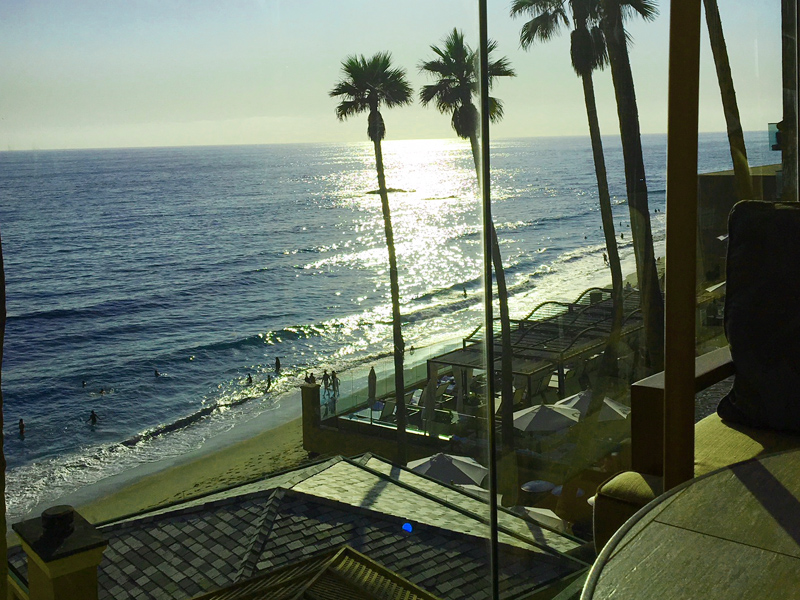 On Saturday, I decided to do a walkabout in Laguna Beach.

I had already spent the morning on Ruben Flores’ Garden Walk (an excursion sponsored by Laguna Nursery). It was a particularly spectacular event as we had a handsome, shirtless dude invite us over to see his garden and, after rambling a block father, invited all of ourselves into a house in final phases of construction for a spontaneous tour there, too.

An hour later, Ruben dropped me at Skyloft’s doors for my Ohio State Buckeye networking party. From there, I decided to forego the trolley and walk all the way back to my South Laguna home. It’s an exercise I think all of us should participate in as you see so much more in your resident town when you’re hoofing it.

After dosey-doe’ing my way around the invariable Restaurant Row throng, I emerged for a curious wander from Legion to Cleo Street on a short block that looks like it doesn’t even belong here in Laguna. Good thing we have Taco Loco to add some needed life and color to this listless block of eternal construction (formerly Mosun’s) and papered windows (formerly Maré). 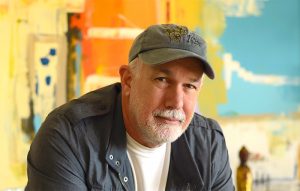 Next stop? A check in at Steve Adam’s gallery just past the Ralph’s parking lot. It’s a tiny little nook that’s reaping gazillions for the Louisiana-born tile-layer-turned-artist. I own a couple paintings of his, and we’ve been buddies ever since. Steve couldn’t be happier with his tiny slice of a gallery and has just been commissioned by a famous surfer to produce a unique image that can be imbedded into the manufacture process of the boards.

I pop my head in the door at Gu Ramen to say howdy to the owners. (When they initially told me they chose Laguna because we had no noodle shops, I thought they might be a bit too expectant, but turns out it’s one of the busiest restaurants in the entire city.)

I ramble over to Sapphire to check on Chef Azmin, pop in for a greeting card at our stalwart indy store, Laguna Beach Books, and then cross at the light to take a look at what’s happening at K’ya and Rooftop.

Next stop is the gorgeous Surf and Sand Resort, and I’m greeted by my ever-cheerful concierge buddies who offer sunscreen for my continued ramble. They have no beach this weekend, so their guests are keeping the pool servers extremely busy.

The Seahorse at Pearl Street, which always reminds me of something in a New Orleans movie with its sultry art and sultrier heat, has a few lackadaisical visitors, and the resident fortune-telling Zoltar bellows at me in usual style.

From there, I wander down to Moss Cove to exclaim at yet another missing beach, cross the street at Nyes to check out the Black Iris sale (definitely worth the stop), and grab a bottled water next to Starfish before crossing to the ahhsome Montage grounds. 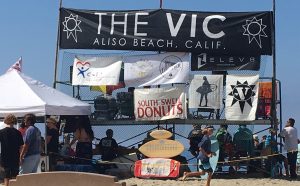 Once exiting there, it’s a precarious 100-yard walk to Aliso Creek Beach, where I check in on the current pro standings at The Vic, our own (and world’s largest) skimboard contest. True to form, the top 10 positions are filled with SoLag residents who started in these waters as mere groms. (No surprise, especially as our crazy Laguna swells prefer to roll newcomers with skimboards.)

I scramble up the dirt path on the north side of the parking lot and dodge cars, strollers and open car doors to reach the safe haven of Camel Point. It’s a simple stroll through a tiny neighborhood of eight great houses, down the asphalt drive to the most colorful beach of all – Camel Point Beach at the far end of West Street – and finally through my own gate to soak my feet in the pool.

God, I love this town.