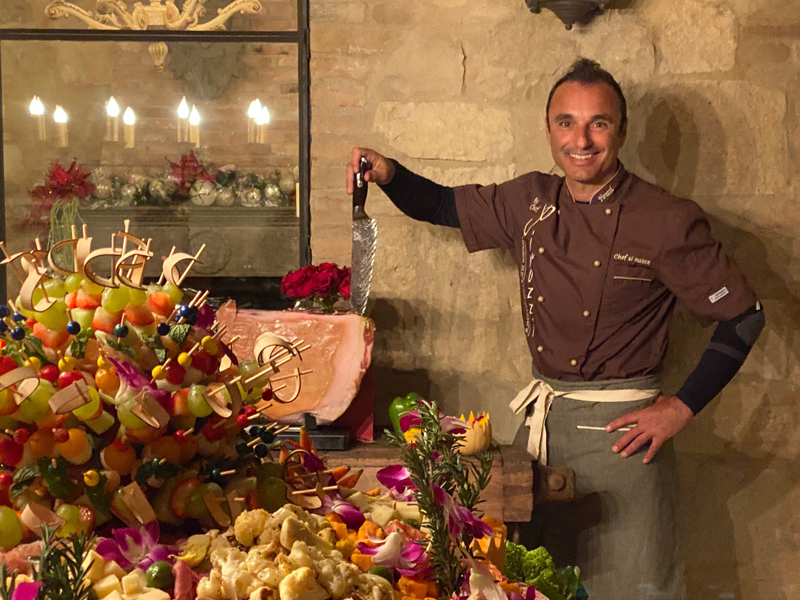 Chef Alessandro Pirozzi has been in the spotlight this week, thanks to a rumor mill that announced the closings of both of his restaurants in Laguna Beach, Alessa and Salerno by Chef Pirozzi.

And he wasn’t happy about it. For the record, Chef Pirozzi has no intention of leaving or selling either of his two restaurants in the downtown corridor.

When the rumor hit  the ‘Laguna Locals’ Facebook page on Sunday night, I contacted Chef Pirozzi in Italy, where he’s recently flown to care for his mother.

“It’s disturbing to have someone post information about my businesses, without any idea or right to start these rumors, when I’ve never been anything but fully committed to the town of Laguna Beach,” he texted.

“Most of my employees have been with me since the year 2000. I’ve been telling them for years now that if we survive to 2020, I will do the unthinkable … I’ll personally cook for each of them and their wives/husbands/significant others at each location to thank them for being such a foundational part of my success.

“I don’t know,” said Pirozzi. “Maybe this seemed crazy to some employees, like a last curtain call to the best show in Laguna Beach! But this is not the case. Thriving 10 years as a restaurant in any place in the world is significant.

“My employees have been the bedrock of my success, and we all deserve this celebration. My job is to appreciate those people closest to me.”

Chef Pirozzi said he’s looking forward to serving his own servers, bartenders and kitchen staff and that he’s already planned the “celebration menu” with lobster, house-made “Mamma’s lasagne,” prime ribs and more. “Like my Nonna used to tell me, ‘Do good and forget about it … do better and everyone remembers it for life.’ This is what makes it worth it all.”

Pirozzi noted that he has a “no-term” lease on Alessa (the first named in the rumors) in Laguna Beach until 2049. He plans to serve the same family recipes at both locations “until I’m dead … which, hopefully, will be well past 2049,” he added.

Pirozzi has two long-time homes in Newport Coast and Laguna Beach, a “perfect go-between” option for his Laguna and Corona del Mar restaurants. “We made a commitment to Laguna Beach and this Crystal Cove/Corona del Mar corridor many years ago for a reason. I chose these towns as mine,” he finished.