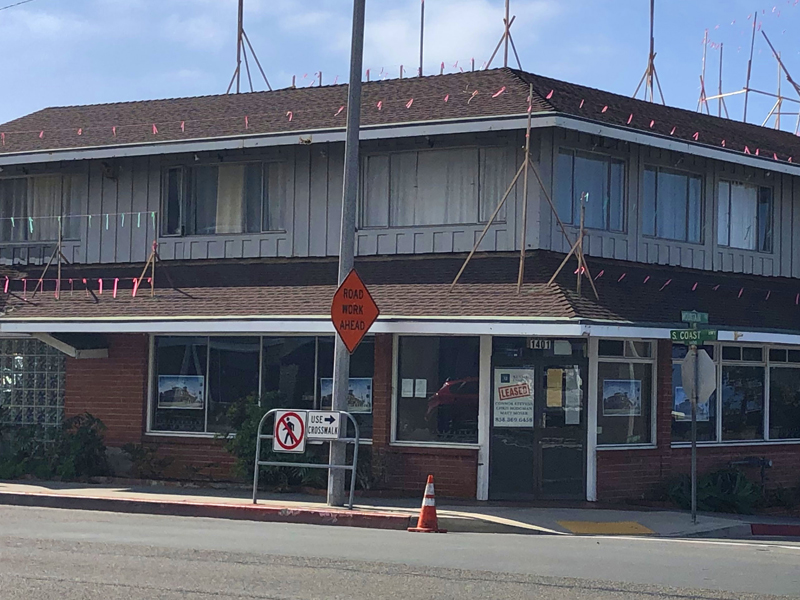 At that time, Bear Flag Founder Thomas Carson noted that he had always wanted to open his first Bear Flag in Laguna Beach and, while his timetable flipped a bit, he never gave up on the idea of being in Laguna Beach.

While Bear Flag is completely committed to the renovation of this space, it’s going to be a longer development process than we all had hoped.

“We’re saying now that it’s going to be about 18 months out. It’s disappointing, yes, but we’re all on the same page about this, so we’re really working together to make this renovation happen in its best and fastest way,” said Bear Flag Manager of Operations Joe Klooster.

“And,” he added, “Because we came into Laguna Beach with Wild Taco first, we now have a much better understanding of how the permitting process works in Laguna. The City is doing what it can to support us, and that’s all that matters.  We all want to see the revival of this iconic space.”

Watch for more weekly updates in my blog and in Best of Laguna Beach social platforms.