National Margarita Day is Saturday, Feb. 22nd, and as far as I’M concerned, THIS is the LOVE holiday we really need to be paying attention to in the month of February. (I can’t believe the greeting card industry hasn’t caught on to this one yet.) SO, time to roll out Diane’s Annual “Best Margaritas of Laguna Beach!”

Here’s how the search for the best margaritas in Laguna Beach began … For 8 years now, I’ve been polling my thousands of readers and they told me where to go. I then faithfully donated by gall bladder to science in an effort to taste test their votes.

After each annual publication, I’m invariably stoned in the streets for leaving someone’s beloved margarita out of the mix, so I just want you to know right NOW that I’ve gone into hiding for the weekend. Don’t come looking for me. 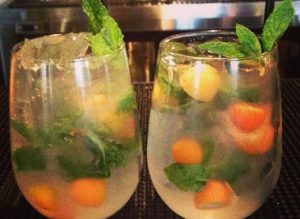 Sorry, folks. but it’s going to take a Herculean effort to displace this reigning champion.
A dyed-in-the-wool fan of bartender Neil Skewes, this Starfish Lagniappe Margarita could be the primary reason. This marg drinks more like a mojito with Silver Tequila poured over a fresh muddle of mandarin orange, fresh mint, lime and a splash of soda, then shaken for that love connection. It is sheer awesomeness. (I love all the bartenders at Starfish, but the original maker behind this absolute bliss is your best bet.) 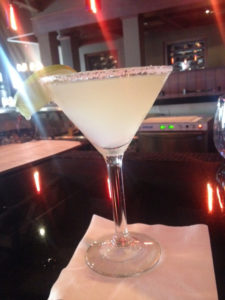 Most of you know that I adore Cary Redfearn, the Restaurateur of Lumberyard on Forest. It had to have been a Mercury in Retrograde kind of day, then, when he removed the Lumberyard Signature Margarita from his cocktail list because THIS was one a margarita that defied every planet and star in the galaxy. A super skinny smooth blend of Milagro Blanco, Cointreau and lime juice, it was shaken vigorously and poured up (with the tiniest slivers of ice) into a salt-rimmed frosty martini glass. Crowned with a lime twist, too.

A moment of silence. Sigh.
I think we need to start a petition, folks. 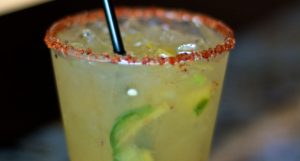 217 Broadway
All of the margaritas at Carmelita’s are basically “skinny” as Carmelita’s only uses agave and fresh juices. While the Carmelita’s Grilled Pineapple Margarita is a crowd favorite, I would recommend the Partida Marg with anejo tequila. It’s so spectacular that I’ve had difficulty choosing any other on the Carmelita’s list. 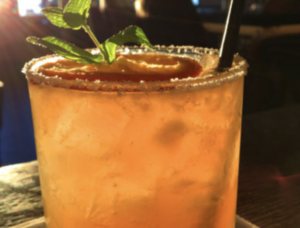 540 S. Coast Hwy (look UP – they’re the restaurant a the top)
While I’m an ardent Paloma fan (tequila with fresh grapefruit juice), I opted for the South of Nick’s margarita – Punta Nizuc – one of many in a long line of Margarita Specialties the menu boasts. Simply done, it’s reposado tequila, fresh lime, organic agave nectar and Grand Marnier. Sort of a “skinny” margarita if you don’t consider that float of Grand Marnier, which makes it even better. Topped with a candied orange slice and a chirpy mint sprig, this margarita arrived perfectly balanced with just enough (but not too much) ice.

30862 Coast Hwy in the same shopping complex as Starfish. Hey! You can make this a sort of Margarita Pub Crawl! 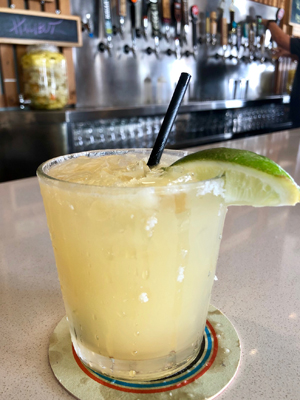 I’ve always admired La Sirena Grill South Laguna for its vast Craft Beer lineup on tap. Jeff “The Beer Guy” Elias, has been curating this collection for years – it’s the largest number of craft beers on draft in all of Laguna Beach. Oddly, though, I’d never really tried their margarita lineup until this year.
Their lofty Cadillac is one smooth ride. More importantly, it’s always very consistent, regardless of the bartender behind the counter (though it always seems to taste better at the bar than at one of the booths or outside tables. I don’t know why.)

A mix of El Jimador Reposado, house-made sweet and sour, agave, lime juice, a splash of water (because everyone needs their hydration) and a float of Grand Marnier. 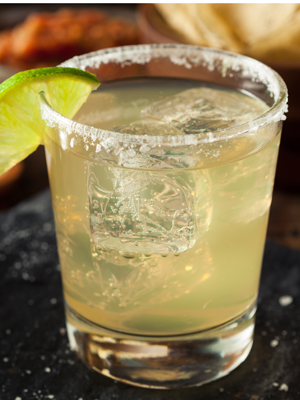 31621 Coast Highway
This is Coyote’s “house” margarita, but everyone knows that when you’re in THIS house, you’re getting a margarita that’s reserved for family. The Coyote Marg (featured in the happy hour menu daily) is the classic margarita – simply, well tequila, housemade sweet ‘n sour and Triple Sec, but when you have Stephen or Mark making and shaking, it brings the house down.

6. Jalapeno Margarita, K’ya and the Rooftop

This is one brash, take-no-prisoners kind of hombre, served both below at K’ya and above at Rooftop. The folks muddle Casa Nobles organic tequila with fresh jalapeno, lime, lemon and orange slices. They toss in Cointreau and organic agave nectar, shake and serve with lime and jalapeno slices in a glass rimmed in chili and lime spice. 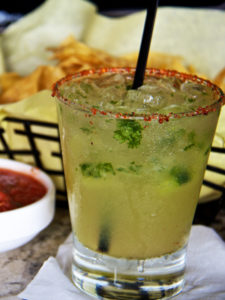 217 Broadway
Yep, I’ve listed Carmelita’s again, this time for its very cool and refreshing cucumber/cilantro margarita. Again made with two shots of silver tequila and a muddle of cucumber slices with chopped cilantro, this goes down terribly easy on a hot summer afternoon.