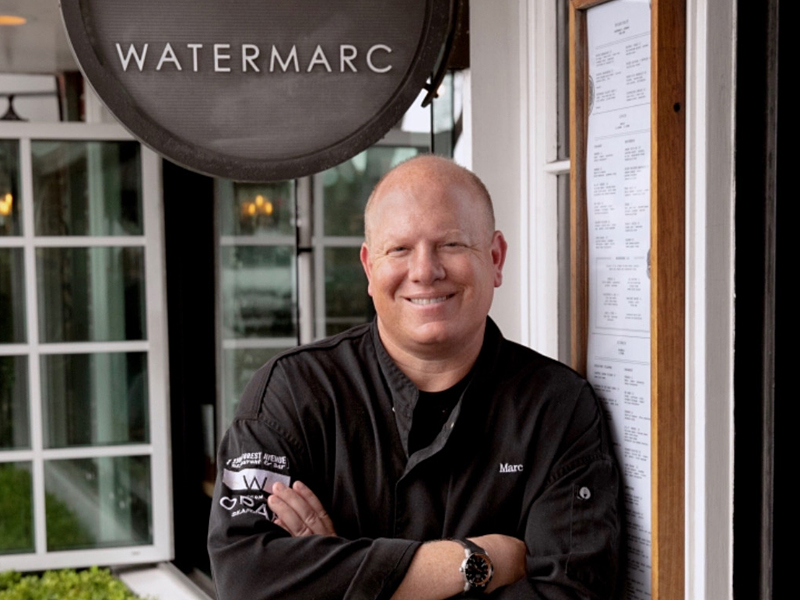 On Monday (yesterday), Chef Marc Cohen announced that he has permanently closed his second restaurant in Laguna Beach, Watermarc.

“I can’t tell you how distraught I am to announce that Watermarc Restaurant is now closed permanently,” he noted in his online message. “The staff, management and customers throughout the last 12 years have been amazing and I feel honored to have worked with such a great team of people.

“These are very difficult and unprecedented times, but we have hope that we will be able to re-open 230 Forest Avenue and Opah as soon as possible to get back to doing what we do best,” he concluded.

Watermarc: Born in the other financial crisis

Chef Cohen has been a foundational pillar in Laguna Beach’s fine dining scene since the opening of his first restaurant, 230 Forest Avenue, more than 25 years ago.

Cohen opened his second Laguna Beach restaurant, Watermarc in the middle of our last financial crisis in 2008. He had secured the former Partner’s space in early 2008 when the world was still relatively stable. By the time Cohen was ready to open however, the scenery had drastically changed.

Against all odds, Chef Cohen opened anyway, creating an entirely different menu and craft cocktail world just a few hundred feet from the 230 mothership. (And I so loved his corned beef hash. No one in town does corned beef hash like Chef Cohen.)

“It’s been a few great years and the people have been terrific,” Cohen told me. “Every restaurant, though, is an individual with different needs and obligations. I just have to take them one at a time.”