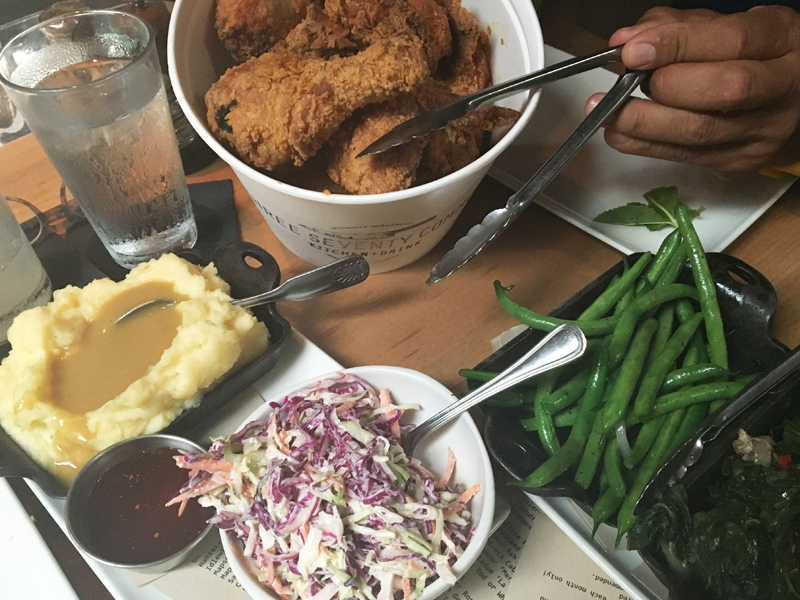 As a dedicated foodie and restaurant reviewer, there’s nothing better in life than discovering a truly talented chef who doesn’t take himself (or herself) too seriously.

When a chef takes the time to chat with you and proves more excited about creating amazing food than you are trying it, that chef has added a whole new dimension to your dining experience.

This has always been the case for me with Chef Ryan Adams. The 7-year owner of our Laguna Beach-based 370 Common Kitchen + Drink, Chef Ryan is a rather introspective dude who quietly runs a cadre of restaurants and consults on seemingly every other restaurant project, too. 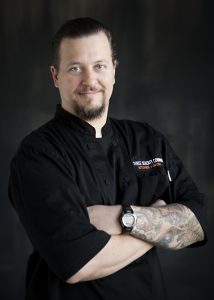 To this day, Chef Ryan looks entirely too young to possess such a remarkable resumé. Ryan was designing menus and kitchens back when David Wilhelm still commanded much of our city’s dining experience, and Ryan has continued to consult for a number of restaurants in same manner.

He does this in his “spare” time while also acting as the head of all operations and menu development at 370 Common Kitchen, recently opening the unique Parallel Pizzeria in Dana Point (April 2018, see my review here and also opening his latest concept, Buttermilk Fried Chicken in Old Towne, Orange (July 2018).
Initially the Executive Chef at Sorrento Grille (anybody out there remember Sorrento?), Chef Ryan purchased the restaurant in 2011 with Three Seventy Common’s concept in mind. Establishing a new farm-to-table, comfort food theme, he opened his doors on Oct. 21, 2011 and has seen a never-ending stream of fans ever since.

“People today want to know where their food comes from,” says Chef Ryan. “The whole concept here is about sustainable cuisine while supporting local farmers in our area. I think just having those two facts in your head is going to make your food taste more awesome.”

The Importance of “Gluten Free,” Foodie Fashion
More awesome it is, indeed. And comfort food – oh, most definitely. But Chef Ryan fails to mention yet another rare caveat at 370 Common – a significant gluten-free offering of options that support people who suffer Celiac disease.
“I actually designed the gluten-free items to cater to our bartender, John Doll,” says Chef Ryan.
“John was so sick at one time that his doctors thought he had cancer before they figured out it was Celiac. As we all went through this scare with him, I realized just how serious this is for so many people. So, we offer a number of items that are gluten-free, and the majority of our menu items can be configured to gluten-free requests.”

And the Importance of “Foodie Food,” Period.
For the record, Chef Ryan’s famous Fried Chicken Night, served every last Sunday of the month, is not entirely gluten free, but he’s working on it.
The good news in the Fried Chicken corner, however, is that he’s now serving chicken every month of the year. Initially, Chef Ryan refused to do his Fried Chicken Night in winter months as chickens with a lot of body fat (thanks to winter months) don’t take to the breading (a lesson his grandmother taught him). A couple years ago, though, he found a local farmer who maintains farm-raised chicken with less than 25% fat content year-round. Problem solved!

Anyone who’s tried Chef Ryan’s Fried Chicken night will praise that year-round chicken farmer because Chef’s chicken is some kind of special.

Only Fried Chicken and Its Fixings Every Last Sunday
After missing my opportunity with a too-late reservation attempt in June, I made my July reservation three weeks early.

I trotted in with my good friend, Ruben Flores, at 5:30 p.m. and the place was already hopping. While an air conditioner tried its best to cool the guests, the muggy, hot Sunday refused to be budged. That was just alright with me … who wants to eat fried chicken in a refrigerator box? Fried chicken is something my Grandma used to start fixing at 10:00 a.m. in her Lincoln, Nebraska kitchen. It always tasted best with the drape of humidity in that old farm house and the burr of locusts in every tree outdoors.

Heaps of Food, Just Like Grandma’s Table
Our server, Juan, was efficient and effusive. There was no need to order as the entire menu was already neatly laid out for us.

Then, just like Grandma’s dinner table, all the side dishes showed up at once in heaping platters – Garlic Mashed Potatoes already ladled in gravy, fresh Green Beans sautéed briskly in shallots and garlic, freshly shorn and dressed Coleslaw and Smoky Braised Greens (it looked to be a mix of collard and Swiss chard) with marvelous house-cured pork belly and chiles tucked into the dark green folds.

Then, Juan plunked the bucket o’ Fried Chicken down right in the middle. Glory, our wide eyes must have looked like our 8-year-old selves. It was a giant bucket filled to the brim with at least 10 pieces of gloriously crisped chicken.

I can count on one hand the few food items in my life whose aroma alone makes me an instantly happier human … freshly brewed coffee, fried bacon, grilled steak, fresh-baked cookies and fried chicken (oddly, none of these are very calorie conscious, are they?).

Perfect Summer Evening Fare
Our conversation stopped as the aroma wafted up from the bucket o’ pure gold. We didn’t even fight over the chicken parts.

The chicken arrived with a small pitcher of maple syrup, but the brown gravy was so good that it became my go-to for an occasional dip. And, aside from the perfectly mashed potatoes, the side dishes were fresh and bright tasting, a great balancing act to the chicken dish.

After we had the hefty remainders boxed up, they brought out the finale – Coconut Cake. We each took a bite of our cake slabs but were too stuffed to venture any further. They were boxed to go as well.

What a perfect summer evening thing to do. And, what a perfect way to bring summer’s love to the forefront in our winter months when the rain comes down. Congrats to Chef Ryan Adams for daring to be innovative … and packing the house every last Sunday.

Fried Chicken Night pricing is $42 for adults and $21 for kids. Drinks, tax and gratuity are extra. Get your reservations in early for Sunday, August 26th!