Southern California’s Fire Rings Could Be Snuffed Out 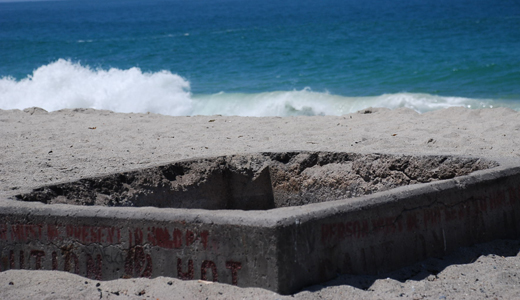 I don’t know if you’ve been paying much attention to the “Fire Ring Fight” that began earlier this year in Newport Beach, but it’s time we all did.

While the cities of Newport and Huntington Beach are definitely the most vocally involved in the battle (and on opposite sides), we have to understand that EVERY fire ring in the state could be banned on June 7th.

If the ban is approved by the AQMD (Air Quality Management District), every fire ring will disappear, starting with Orange and Los Angeles counties. For those of us in South Orange County, this includes the removal of the seven fire rings at Aliso Beach in Laguna Beach, four fire rings at our southerly neighbor Capistrano Beach, and SIXTY fire rings between Balboa Pier and the south end of Corona Del Mar.

The fire ring ban all started …

… in Newport Beach, when some homeowners began complaining about the fire ring smoke causing negative health effects and sometimes updrafting into their homes. The City of Newport Beach went to the Coastal Commission and asked for approval to remove its 60 fire rings. The Coastal Commission called the AQMD and suddenly, in a nanosecond faster than you could say, “Where’s my marshmallow skewer?” every fire ring in Los Angeles County and Orange County was at risk of being snuffed.

The South Coast AQMD is proposing a ban of open burning on ALL beaches within its jurisdiction.

The City of Huntington Beach immediately reacted, horrified. This would mean the removal of 500 (yes, FIVE HUNDRED) fire rings in Huntington Beach alone. Huntington took assertive action, getting its Assemblyman and State Senator involved in opposing the ban. In a combined effort, they called (and received) the resignation of AQMD Chairman William Burke who, in a sparky meeting, kindly compared Newport Beach’s fire rings to “carpet bombing” in Vietnam.

Under the direction of Shawn Nelson, the Chairman of the Board of Supervisors in Orange County, the Supervisors voted together at the end of April, formally opposing the measure and urged the South Coast AQMD to drop the ban in Orange and Los Angeles counties. They suggested the AQMD allow local cities to consider ban factors in their own communities, instead.

Now, we sit and wait. The AQMD is expected to rule on the fire ring ban on Friday, June 7th.

If you can be NICE about it (Remember: Shawn Nelson is our friend in this matter), and you wish to weigh in on keeping the fire rings, you can contact his administration here, and they will carry the messages forward:

In the meantime, you might want to plan an outing to your favorite fire ring in the next nine days. If the ban goes through, it is expected that removal of the fire rings will begin almost immediately.