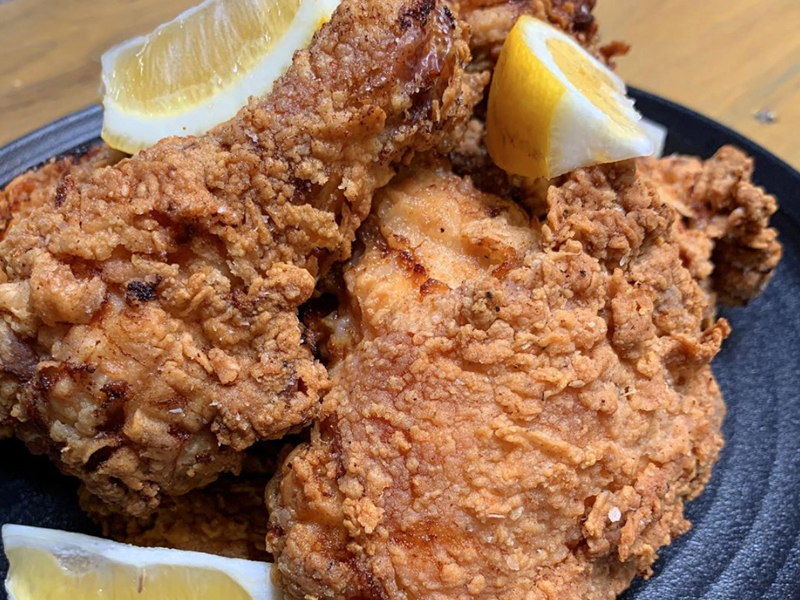 It’s been nearly three months since Chef Greg Daniels temporarily closed his doors at his popular Harley Laguna Beach restaurant. Today (Fri, June 5th), he re-opens for take-out with family meal options that will certainly brighten any backyard or beachy picnic. For me, it’s a happy relief to see one of our Laguna greats return to his kitchen. 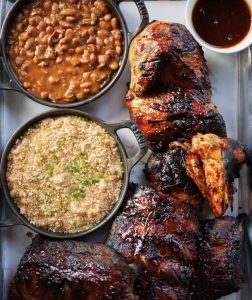 These entrées were first introduced last August when Chef came up with a ” Grill & Get Together” menu for Sunday evenings. In an ode to his grandmother’s family-style meals, this family meal includes both of the proteins along with a choice of two sides from options of slow-baked beans, potato salad, street corn, macaroni salad and coleslaw.

“We’ll have our chocolate chip cookies and mac-and-cheese back in play soon, probably as we move into next week,” Chef Greg assured me. This weekend, beer and wine will also be available with Harley’s famed craft cocktails joining the take-out options in about a week.

“For us, dine-in doesn’t make sense yet.”

While other restaurants have busied themselves with opening for limited dine-in options, Chef Greg has continued to hold back until he can “absolutely ensure” the safety of his patrons and employees. The long rectangle of a restaurant is less conducive to socially distanced tables. Further, and for the time being, patrons cannot be seated at the popular bar that fronts the open kitchen, which eliminates several more seats.

“Our priority is to do this right for the patrons who trust us, not to do it as quickly as possible,” said Chef Greg.
Our restaurant has an open kitchen, narrow dining room and no patio. We don’t even have the room to expand if the City were to allow it. It just isn’t the right time for us yet,” he said.

Fortunately, Chef will be expanding his take-out menu over these next few days for eager fans who have missed the hospitable Harley love.

“It’s great to be back, but it sure is a different world,” said Chef Greg. “Right now we have just five of us working here, and we’re doing everything including delivery. It’s a good way to get the engines rolling again and, hopefully, we can start hiring on more of our great people soon.”

More news to come on these restaurants

As I reported in my social platforms on Tuesday, South of Nick’s re-opened for dine-in with a “refreshed look” that plays to its ocean view seating. 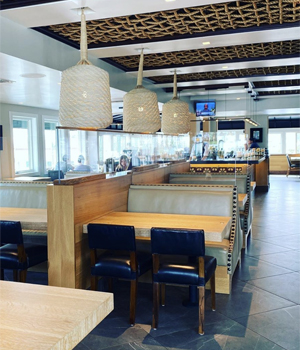 Despite the construction fracas near its front door, Wild Taco has re-opened this week for continued take-out and limited dine-in seating. I’ll have more news on this and their latest new menu items early next week.

Beginning Saturday (June 6th), Selanne Steak Tavern will open for dine-in lunch, 11 a.m. to 3 p.m., on its outside terrace. The former hockey star is hosting a “visiting team” with fan favorites from his Garden Grove restaurant, Penalty Box. Gourmet casual with entertaining hockey-related titles for each food item, reservations are recommended due to limited seating. 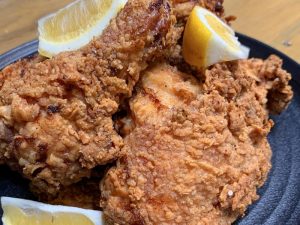 In a sort of dueling fried chicken kind of way, Chef Amar, Harley’s closest neighbor (and the good friend who talked Chef Greg into moving his culinary talents to Laguna), will be serving his fried chicken dinner for takeout on one last night – tonight (Friday). Broadway by Amar Santana will close for the remainder of the weekend to complete preparations for the restaurant’s re-opening on Monday, June 8th. Chef Amar has chosen to introduce a new menu with two nightly seating options. Reservations are required; walk-ins cannot be accommodated.

Casa del Camino re-opens its hotel on Saturday, June 13th, but the jury is still out on whether the restaurants K’ya and Rooftop Lounge will re-open on the same weekend. As of publication date, hotel management is of the mind to re-open for in-house, registered guests only, and later broaden the invitation to the public one the staff is comfortable with new protocols. Just one kitchen services the entire Casa del Camino hotel (including room service) and it’s one of the tiniest cubby hole commercial kitchens you can imagine. Stay tuned to my social platforms for latest news and announcements.

Lastly, I’ve been sworn to secrecy on a long-time local favorite “softly re-opening” tonight (Friday). All I can tell you … keep your eyes peeled as you drive through the South Central parts of town. On Saturday, I’m hoping to be allowed to actually mention the restaurant’s name (and the chef they’ve acquired from another very popular in-town restaurant). Keep that ear to the rails, my friends!