My Opinion: Address 2 Issues to Help Our Laguna Beach Restaurants 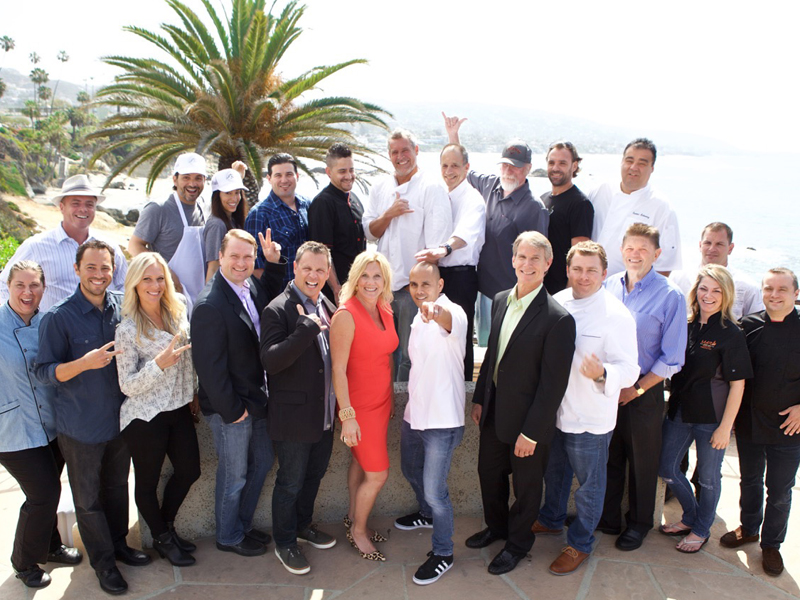 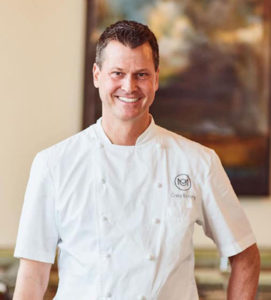 As most of you know, TheBestofLagunabeach.com® blog has been primarily devoted to my writing about Laguna beach restaurateurs and chefs since 2006. They don’t pay me to do it. I simply find restaurateurs and chefs to be some of the most admirable, passionate people on our planet, and I think those who have chosen Laguna Beach are some of the most talented chefs I’ve met anywhere. They deserve as much free press as possible.

On Saturday, I posted the Chef Craig Strong closure announcement for his restaurant, Ocean at Main. My follow up article is here. As expected, comments and opinions about the restaurant’s sad demise have been flying in.

Having developed restaurant brand concepts and marketed restaurants across the country with my 25-year marketing agency, I know there are a hundred possible reasons behind a restaurateur’s decision to close his or her doors. I personally can say, though, that one of the foundational issues is this: It doesn’t matter how great the food is if you can’t get the right people there.

For years, my advertising agency worked with an incredible Michelin-starred restaurant in Las Vegas. It actually received its Michelin star there in Las Vegas as opposed to the many chefs who “borrowed” their Michelin ratings from other restaurants to tout their new Las Vegas concepts.

Food critics continually raved about this restaurant. Concierge at every hotel in town sent their guests away from their hotels to this restaurant. The restaurant offered the City’s second-highest panoramic view – it seemed their location was stellar. Their menu was nothing short of astounding, much along the beautiful lines our great Chef Craig created for Studio to raise that new restaurant to international status.

The restaurant, however, was in the wrong casino hotel. It had been in the right one when it was built, perched high atop Las Vegas. After a few amazing and successful years, hotel ownership changed and the demographic changed with it. As a result, the people who most admired and frequented this restaurant just stopped making the effort to get to that Michelin-starred jewel.

The 3 items every restaurant needs to succeed

Millions of people support and will continue to support the fine-dining experience. That’s not the issue here for our Laguna Beach restaurants (or anywhere else for that matter). When it comes to a restaurant’s success, there are only three things that matter:

And, the 4th item that seems a requirement in Laguna Beach …

And, then, there’s a fourth item that clearly dominates Laguna Beach restaurant success:

4. Getting Laguna Beach residents on your side EARLY and consistently.

To address Item #1 – Knowing your target market and marketing to them effectively:

The City of Laguna Beach has long held a standard of denying large franchise or chain restaurants in the city limits, particularly in the Downtown Corridor. The few we do see here in town (Taco Bell, Subway, Starbucks) were either grandfathered in or bought into the locations, as in the example of Starbucks buying the entire Diedrich Coffee subsidiary in 2006 (minus that company’s one lone remainder in the Portland airport). There’s a good reason for this denial of franchises and large chains and I’m ALL for it. I like a lot of franchise and chain restaurants, don’t get me wrong. I don’t, however, believe they belong in Laguna Beach. Simply put, when McDonald’s put up its first shop in Paris, France, a vast number of Americans rushed to its doors, even though they had specifically traveled to Paris to imbibe the Paris vibe. 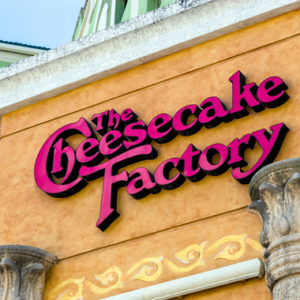 Franchises and large chains spend multi-millions a year in branding efforts to achieve this very same rush-to-the-doors mentality. People frequent large brands because they know the menu and know its consistency, even if it may not be very innovative. In contrast, many independent chefs – typically with one or three restaurants– do not possess vast funds for marketing and advertising. They lean, instead, on a larger brand to help market them, and regularly pay into visitors bureaus, local restaurant associations or chambers of commerce in their respective towns to propel their smaller name forward.

Cities with much larger full-time resident populations (i.e. Costa Mesa with 113,000 residents or Irvine with nearly 280,000 residents) can more aptly balance large chains and franchises with their indy chef restaurants. The City of Anaheim, which attracts 25 million tourists a year, features many more chains and franchises (particularly around Disneyland), but still offers independent restaurateurs, too, who, for the most part, survive handily because of the sheer numbers arriving in that city’s limits on a daily basis.

If Laguna Beach were suddenly to allow a Cheesecake Factory or P.F. Chang’s in this town, where do you suppose the majority of our incoming visitors would flock? If our indy chefs are already having difficulty attracting the changing visitor demographic that’s descending on our town … what would possibly happen to their livelihood if these large entities were allowed to take up residence?

Laguna Beach has made a global name for itself in the culinary world, primarily and ONLY because our indy restaurateurs took a chance on this town.

Because our Laguna Beach restaurateurs run extremely lean profit margins (if profiting at all), they need as much help and support from the larger marketing brand. Are we effectively attracting the target market that these talented indy chefs are designed to cook and create for? If we’re not attracting that target, how do we steer the large branding ship in a better, more leveraged and lucrative direction for our Laguna Beach restaurants?

To address Item #2 – Making it as easy as possible for patrons to get to you:

I travel all over the world and people know about Laguna Beach. Additionally, in the last three years, I’ve helped  a couple local restaurateurs book many group dining events.

Across the board, everyone admires Laguna Beach’s charm. They also know that if you go to Laguna Beach, you’re going to have a parking problem. They seriously weigh this agenda before they decide to get in their car and drive into Laguna Beach. They also absolutely choose against Laguna Beach for their large group events solely because of anticipated parking issues. (This is not drama – this is absolute truth.) In my opinion, this is the LAST worry these hard-working restaurant owners and chefs should be suffering from. 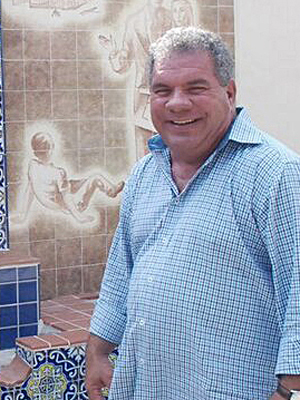 In one of my recent articles on Laguna Beach’s Restaurants: A Decade in Review, I quoted Bruce Russo, the Lombardi Family Concepts General Contractor who transformed the space (Taverna) from a non-restaurant, former retail space. (Lombardi still owns the building in which Ocean at Main resides.) Russo has designed and constructed more than 400 restaurant developments throughout the United States; he’s seen it all in every possible location across the country. He and his wife have also been part-time Laguna Beach residents for more than two decades. In my Review article, Russo noted that his biggest block to fast renovation of the Laguna Beach Taverna property had to do with acquiring the required parking spaces before he could begin renovation.

When I contacted Russo about the Ocean at Main closure, he noted that, “I can’t directly speak for Craig’s issues, but when we operated Taverna, we had a parking problem from beginning to end. Although we found a way to meet Laguna’s parking requirement to build the restaurant, this didn’t actually RESERVE these parking spaces solely for our restaurant’s use. And, when potential dining patrons expect a parking problem in Laguna Beach, they certainly allow that to weigh in on their decision as to whether or not they’ll come to Laguna to dine,” said Russo.

That same day, I spoke later with Robert Clayton, Vice President of Lombardi Family Concepts. He noted that Chef Craig had asked for the possibility of one valet space in front of his restaurant. Clayton said the request was denied by the City. Yes, it would have set precedent for this one restaurant location, and that’s a precedent that the City might have wanted to avoid categorically. (When you provide one valet space for a restaurant, you will likely have 40 more clamoring for the same.) At the same time, Chef Craig’s former high-end clientele from the Montage Studio might have been more inclined to visit his new restaurant had they not been faced with the expected circling exertion for a parking space.

“The parking issue in Laguna Beach didn’t just happen 18 months ago when Craig opened his restaurant,” Russo told me. “It’s been going on for years. I tried to bring Lombardi Family Concepts into Laguna Beach 20 years ago, and the owners declined at that time because they thought – above all other possible issues – that parking was going to be an issue.

“I’m not saying that Taverna strictly failed because of the parking situation, nor am I implying that Craig struggled for the same reason,” continued Russo. “But the parking issue has a negative effect on all of the restaurants in one way or another. Bottom line, you can have 100 restaurants in Laguna, and you can have five restaurants … you’re never going to have enough parking,” he continued. “This is only going to become a bigger issue for Laguna Beach.”

Top photo: These Laguna chefs and restaurateurs got together with me in April 2015 for this amazing shot. Happily, many of these talented individuals are still serving it up here in Laguna Beach! (Time for a new photo, chefs!)

Thoughts or questions, dear reader? Please post in comments below.