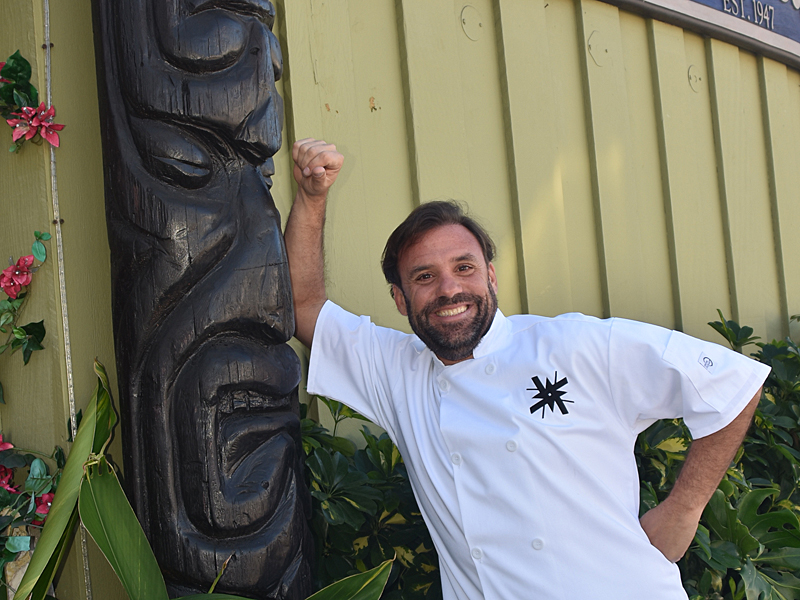 “All the hair stood up on my head,” he says with his wide grin. “The Royal Hawaiian … now, that’s a restaurant with a story you can work with!” 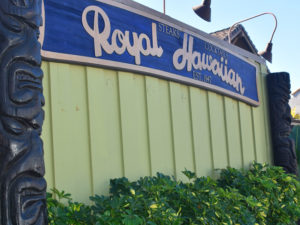 After waiting through the busy holiday season, the two entities made it official. Honaker’s company will act as landlord, continuing to own the  building and the land beneath it. Chef Maro will operate the restaurant. As of Tuesday, Jan 22nd, the keys to the Royal Hawaiian kingdom were placed in Chef Maro’s hands. The popular restaurateur and chef of Maro Wood Grill has taken up new residence just 1.6 miles north from his previous restaurant. That same day, the Honarkars made the change-of-ownership announcement to the Royal Hawaiian staff. The restaurant officially closed that day, and interested staff members immediately began scheduling interviews with the new owner/operator, Mariano Molteni.

Four week countdown to re-opening begins
The goal is to re-open the revitalized restaurant before the end of February.

On Tuesday, Chef Maro had the keys. And early Wednesday morning … the flurry of activity began. As he worked through numerous interviews with existing staff, Molteni answered fire department calls about his incoming wood grill,  chatted with chosen architect Horst Noppenberger about minor changes for the interior, got plans rolling with the City, and nosed through the kitchen with a fine-tooth comb. Meanwhile, his Argentinian-based brother, Martin, was calling and texting about the incoming kitchen manager and menu possibilities. 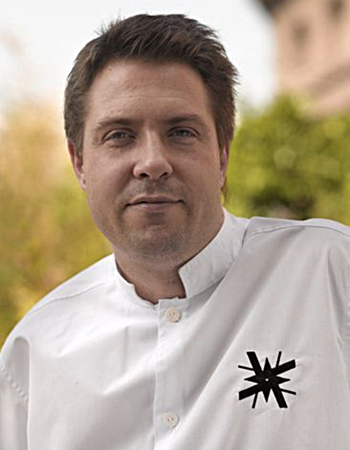 Martin Molteni, officially deemed “The Best Chef of Argentina,” will be joining his younger brother in the new venture. The two brothers have independently collected a host of awards and accolades regionally and internationally, but have decided to devote “the next decade ahead” to collaborating and creating successful concepts together. Although Martin Molteni already paid a brief visit in January to look over the possibility of the Royal Hawaiian, Chef Martin will return in February for an extended stay. Over the next year, he plans to travel regularly between Laguna Beach and the culinary empire he has created in Argentina.

“My brother and I have always worked very well together,” says Chef Maro. “We work off of each other’s energy and creativity. We have a lot of fun together.”

The return of more than just vintage drinks
Born and raised in Argentina, the Molteni brothers will continue to pay homage to Royal Hawaiian’s Polynesian culture, particularly as wood-grilled beef, chicken, pork and seafood is so much a part of that culture. For centuries, Hawaiians have crafted their meals over open wood fires in the great outdoors, a culinary skill that syncs beautifully with similar Argentinian heritage. “There’s a great deal of crossover between our cultures and that’s what we’re going to be focusing on here,” says Chef Maro.

“The Royal Hawaiian opened in 1947 and for decades it was the greatest steak and seafood place around. Yes … yes … the Lapu Lapu is never going to go away, but the real ‘nostalgia’ we’re interested in has to do with creating that amazing Polynesian steakhouse again,” he says.

A long road … and a short drive … from Maro Wood Grill
After years of success and accolades at Maro Wood Grill, Maro Molteni sold his restaurant in July 2017, allowing the new owners to keep his moniker. He and wife, Patricia, took their two sons back to Argentina, where he worked with chef brother, Martin, on strategy and action for a number of large regional cuisine projects. 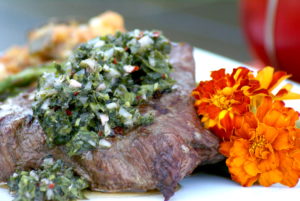 A year later, when Chef Maro and his family returned to Laguna, the Chef was determined to find a larger restaurant space in Laguna. This proved a more daunting task than he first assumed. Months later, with nothing moving on the Laguna Beach front, Maro began widening the net, looking as far north as Lido Island and parts of Costa Mesa. It wasn’t until late October that he connected with Laguna Creative Ventures Founder Mo Honarkar, whose own Laguna commercial properties house a few ideal restaurant spaces.

“It was such an honor to be considered for the Royal Hawaiian,” says Chef Maro. “The Honarkars appreciate its iconic history, and we’ve all worked together to make this happen.”

Adds Hasty Honarkar, Vice President of Concept Creation for Laguna Creative Ventures, “When we acquired the famed tiki bar and restaurant in 2015, we worked hard to restore its status as a beloved local hangout. Over the last three years we’ve made a lot of wonderful memories with our Laguna and Tiki ‘ohana. We look forward to having a Lapu Lapu when the Royal Hawaiian reopens soon!”

A lease with a contingency plan 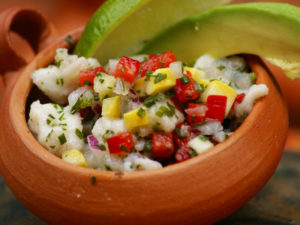 A 12-month lease is now in place, but it also acknowledges that Honarkar might receive City approval in this same timeframe to move forward on his development plans on the block where Royal Hawaiian resides. “The goal here is to create a success for both of our companies,” says Molteni. “If we’re not able to stay here long-term, we’re both hoping that we will be able to find another temporary venue for the Royal Hawaiian while the development takes place on this block.”

“There are so many variables on the table right now that it’s not something we’re  discussing at the moment,” says Molteni. “In the future, Royal Hawaiian might be a great concept for Hotel Laguna, but it’s also a great stand-alone icon. Either way, I think the Royal Hawaiian will continue being the gathering place that people love for many years to come.

“A really big living room”
“Right now, we’re working on getting this restaurant in this location open in about four weeks’ time. And, then, the goal is to succeed at welcoming back its biggest fans along with the “family” we came to know and love at our first restaurant here in Laguna, Maro Wood Grill,” says Maro.

“When I returned to Laguna Beach last summer, my only goal was to find a restaurant here in Laguna that would allow me to create a space where people can feel like they’re my closest friends hanging out in my living room,” he continues.

“Granted, the Royal Hawaiian is a really big living room, but we’re still going to find a way to make every person feel at home,” he says.