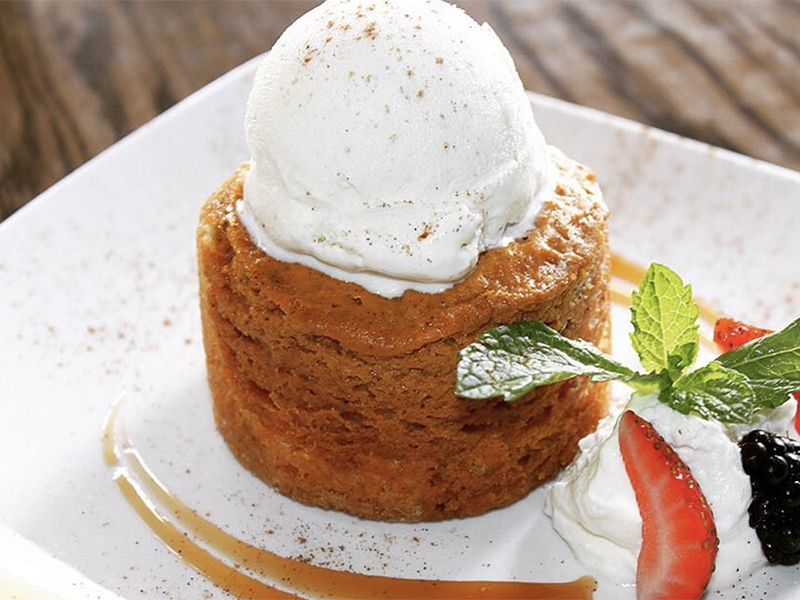 Just which of our chefs in this lovely town of ours is ladling out the pumpkin goods? As it turns out, quite a few are carving out a pumpkin groove. As their emails continue to zing back to me, here’s what I’ve gathered thus far. Be sure to check my social channels (@BestofLagunaBeach) for more pumpkin news as additional confirmed sightings occur.

GG’s Bistro has concocted a fluffy and light pumpkin latte. Order it during any open hours at the restaurant in cold (pictured) or steamy hot! 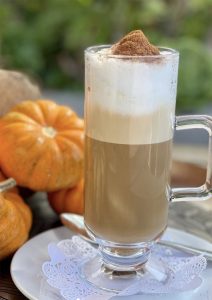 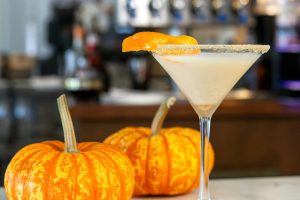 Check out this beautiful Great Pumpkin Martini at Selanne Steak Tavern, a smooth and mellow blend of Stoli Vanilla Vodka, pumpkin spiced purée and a dollop of rich cream. Shaken vigorously, it’s then poured into a frosty glass with a graham cracker rim.

It was great news to hear that Chef Maro Molteni at Royal Hawaiian Fire Grill has returned his amazing Pumpkin Soup to the fall menu. It debuted over the weekend. A creamy, delectable blend, it’s topped with mozzarella cheese, croutons and chives. And, while Chef Maro has always featured his pumpkin purée beneath the best wood-grilled chicken dish on the planet, he’s also begun serving the same purée under his popular wood-grilled Hangar Steak. It’s a beautiful contrast to the smoky proteins and vegetables on the composed plate. 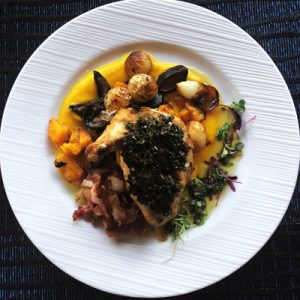 The Lumberyard is keeping it in the family with a Butternut Squash Risotto served with their Slow-Braised Short Ribs. The special item debuts this coming weekend. Meanwhile, Chef Rainer Schwarz at Driftwood Kitchen churns his butternut squash into pillowy Gnocchi for a small plate best seller.

Back by popular demand, Reunion Kitchen has reintroduced its neighborly favorite (and one of my own), Pumpkin Spice Buttercake (pictured in the main photo, above). A carefully preserved recipe, Owner Scott McIntosh won’t even tell me what he adds to create the rich cake’s moistness. Don’t even try; he is adamant. It’s served with rich whipped cream, vanilla ice cream and butterscotch-y sauce for dipping.

To complete the current list of decadent goodness, make tracks back to Lumberyard for Chef’s Pumpkin Bread Pudding. This popular bread pudding dessert is always a staple on the menu, but Chef Primo switches his mix-ins often. Now on the menu for several autumn weeks, this super-moist pumpkin version is drizzled in custard-y, pumpkin-y goodness with vanilla ice cream as its crown. 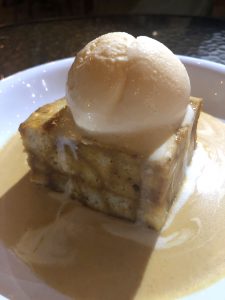 Pumpkin Pies Just Around the Corner

As I noted earlier, November is (alarmingly) in our sights. As of today – we have exactly 38 days until Thanksgiving.

Moulin’s Laurent Vrignaud is debuting pumpkin and pecan pies in two weeks (first week of November) as we all need to try at least one slice of both as a sort of “start your engines” action before heading into our Thanksgiving meal. Of course, tartlets of the same are also available for individual consumption, too. Both the large pies and tartlets are available in his two closest locations – Laguna downtown and Ritz Carlton Drive (Monarch Beach). 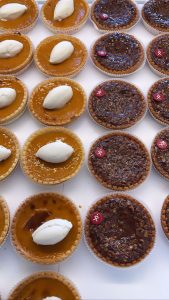 Moulin debuts its famed pumpkin and pecan pies and tartlets in early November.