Restaurants in Laguna Beach: A Decade in Review, Part 2 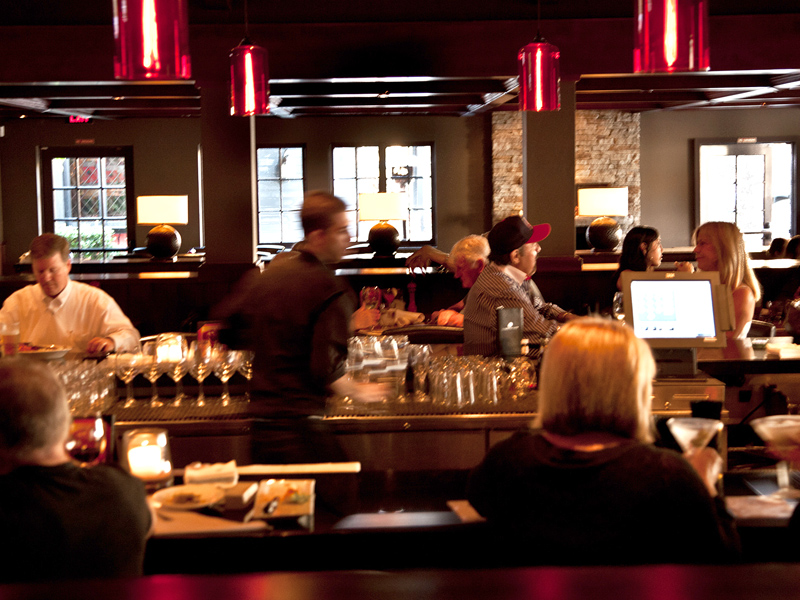 On Friday last week, I wrote “Part One” about Restaurants in Laguna Beach and how they’ve changed and fared since 2010. This is “Part Two” on when the accelerated growth … and consequent churn … began.

First, a couple additions, most of which were graciously submitted (ahem). I noted that we had 59 restaurants in January 2010, with 56 offering wait staff service and three offering counter service.

As it turns out, we actually had 62 restaurants (quite possibly more, but we’re only at Correction, Round One here). While 56 restaurants remain the count for wait staff, another four offered counter service (Husky Burger, Orange Inn, Papa’s Tacos and Wahoo’s Taco adding to the three I first noted: Taco Loco, Zinc Café and La Sirena Grill).

Next – yes – we have quite a number of current-day restaurants here in Laguna Beach that have been around far longer than January 2010’s calendar. Last week’s article was focused on the last decade’s movement, but praise is well deserved to our restaurants that have stood a much longer test of time.

At my last count, at least 30 existing restaurants opened before 2010, at least six of whom opened even before “The Empire Returns” took box office gold in 1980.

Prior to 1980, Dizz’s As Is and Las Brisas (formerly Victor Hugo’s) were late 1970 bloomers here in Laguna. Husky Burger, our longest surviving counter service restaurant, still remains from its opening day in 1951. Royal Hawaiian and Penguin Cafe remain since the 1940s (although Royal has had some changes in monarchy), and part of the existing footprint of Splashes at the Surf and Sand Resort was the hotel’s original restaurant in 1948.

The Orange Inn counts, too, even though it began in 1931 just past Crystal Cove. (Longtime Owner John Bodrero was at that cottage restaurant as well as the new location in 1986, so I say it counts.)

And, we’re all hoping that our longest running restaurant In Laguna’s history, White House Laguna Beach, will continue in some way, shape or form from its inception in 1918. (Rumors abound as to possible changes, but nothing has been announced.) 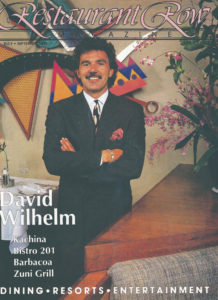 Now considered one of the top restaurateurs in the country, David Wilhelm opened Kachina in Laguna Beach in the early 1980s, introducing what many considered a higher culinary experience to the town. credit: Restaurant Row Magazine file archive

“Some people started referring to us as ‘the golden triangle’ because suddenly there was this higher culinary activity in not one but three restaurants,” said Wilhelm. “I think that’s when people began to think of Laguna Beach as a destination for dining and, fortunately, so did other talented chefs.

The Cedar Creek Inn moved into play in 1989, the same year that Wilhelm took over the management of already-existing Sorrento Grill.  All five of those restaurants are gone now, but that single decade changed everything. 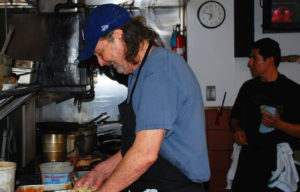 It created momentum for incoming chefs on all sides of town, from Rumari’s Ristorante (1989) to the early 1990s’ debut of places such as San Shi Go and Romeo Cucina,  Michael and Toni’s popular Cafe Zoolu, and Chef Marc Cohen’s foundational menus in fresh, contemporary cuisine at 230 Forest (1995). Wilhelm’s next concept, French 75, opened in 1998, which seemed to usher in the new century with perfect aplomb.

The indy chefs just kept coming, and investor dollars began to roll in larger quantities, allowing for significant renovations in existing and new spaces. This timeframe also marked the beginning of “the churn” as older restaurant brands and owners turned in their chefs’ coats.

For many Laguna residents, it was a sad goodbye to fondly remembered entities such as Tortilla Flats (late 1990s), Jolly Roger (2005), Royal Hawaiian (with the Cabang family in 2006), and Javier’s (2008). The incoming new blood was vast. To list just a few …

In 2004 and 2005, Chris Keller and Chef Craig Connole completely revamped the Rooftop Lounge and K’ya (formerly Savoury’s) at the Casa del Camino, while Ivan Spiers innovated the town’s first indoor live music and dining venue in Mozambique from the dilapidation that was once Tortilla Flats. Meanwhile, just a few blocks farther south, Joe Hanauer was completing the anchor restaurant for the rehabilitated Pottery Place, and Chef Azmin spectacularly moved into play there with Sapphire Laguna. 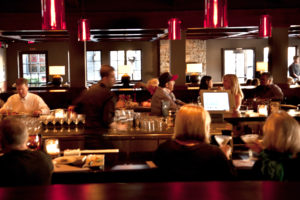 And, in the downtown quadrant, restaurants were changing hands and being significantly renovated with Cary Redfearn’s Lumberyard, Chef Lindsey’s Nirvana Grille and Nick’s all opening in 2008. And, in 2009 – the year when the whole world fell apart – Chef Marc Cohen seemed impervious, opting, instead, to reinvent the former Partner’s Space with Watermarc.

Churn and Flips: One and Done 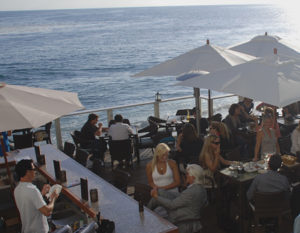 Of the roughly 60 restaurants that have landed in Laguna Beach from 2010 forward, less than a handful were built as new restaurants (i.e., Wine Gallery, Slice Pizza and Beer, Rasta Taco, The Deck at the Pacific Edge Hotel).

All the others have walked into a previous chef’s space and redesigned or renovated where needed to suit their own kitchen and service. In most instances, only one “flip” has occurred, such as Chef Amar’s triumphant Broadway by Amar Santana in the formerly triumphant Five Feet space.

When French 75 closed in 2011, Teemu Selanne opened his flagship in that same space two years later. 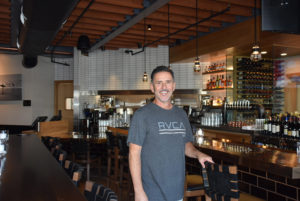 When Umami Burger gave up in 2015 at its Boat Canyon location, Reunion Kitchen took hold and landed success from 2016 forward.

When Rocking Fish closed, Ivan Spiers took over the space, renovated it completely as Skyloft and added a roof deck, to boot.

Other locations have flipped three or four times in the last ten years.

What was most recently Okura Sushi was Katsuya until 2013, which was Hush until the end of 2010. The space is currently empty. Sorrento Grille became 370 Common + Kitchen with Chef Ryan Adams in 2011 and, then,  renovated as Harley in 2018 with acclaimed chef, Greg Daniels.

The former Aegan Greek restaurant became House of Big Fish + Ice Cold Beer under Keller and Chef Connole’s watch. In 2014, Corona del Mar Bungalow owners stepped in and rebranded it as Big Fish Tavern. When that closed in 2017, South of Nick’s took on the baton with yet another industrious remodel. 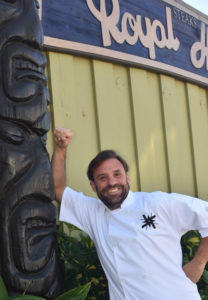 One restaurant – Royal Hawaiian – has carried the same name forward through four owners and four renovations, the last of which belongs to Chef Maro Molteni of former Maro Wood Grill fame. Harkening back to the original name, Royal Hawaiian Charcoal Grill, Molteni re-introduced a giant wood grill to the kitchen and has added “Fire Grill” to the iconic name.

And, there’s one restaurant space in town that, with its November 2019 closing, could be inviting a 5th (or 6th?) tenant in less than 10 years. While there’s talk, no formal application has been filed yet with the City.

Next Week: Restaurateurs Chime In on the Churn

In all of these situations, we find very experienced chefs and restaurateurs with great intentions. Why, then, have more Laguna restaurant doors closed in the last two years than in any other year of the recent decade?

Feel free to send your thoughts on this matter to: Diane@TheBestofLagunaBeach.com

In my third (and final, I promise) column on Laguna Beach restaurants from the last decade, long-time restaurateurs and chefs chime in on where they’ve seen the biggest changes in the last 10 years, and the biggest challenges they’re facing as we move forward into the new decade.