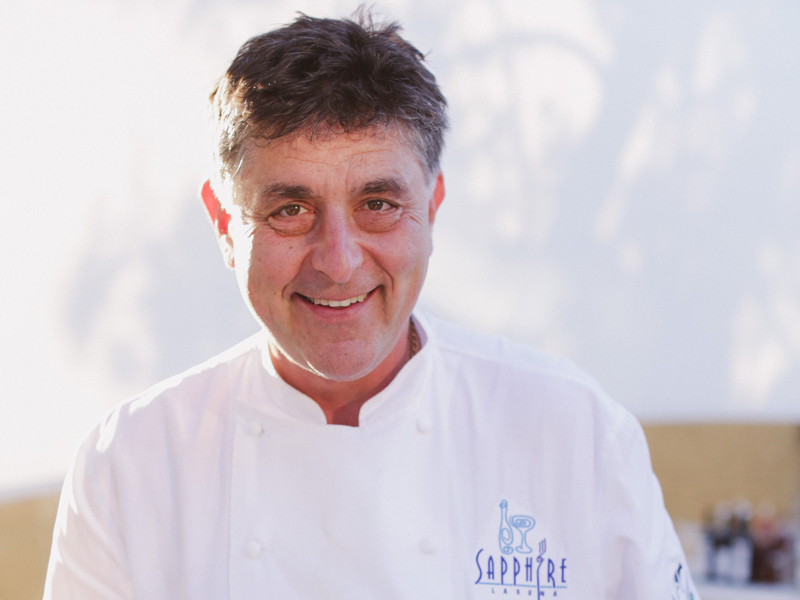 “This month marks 13 years of culinary excellence at Sapphire Laguna, where my team and I have made countless memories and created a special bond with so many guests, as well as with the beautiful community of Laguna Beach.

I have made the difficult decision to transition ownership of Sapphire Laguna Restaurant and Pantry into the capable hands of restaurateur Russ Bendel. As owner of Vine Restaurant in San Clemente, Ironwood in Laguna Hills, and Olea in Newport Beach, Russ is a respected restaurant industry veteran, and someone I know will build on the tradition of Sapphire Laguna Restaurant and Pantry. He will make minor enhancements and rename the restaurant Sapphire, Cellar. Craft. Cook.

I will be passing the torch to Russ in early March, when I will focus all of my attention on Sapphire Culinary Group, including my Sapphire at School and Sapphire at Work programs, and some exciting new projects I look forward to sharing with the public.

I want to thank all of our loyal guests for helping Sapphire Laguna thrive for 13 years now, and I encourage them to enjoy Sapphire, Cellar. Craft. Cook. when Russ and his colleagues reopen in early April. This restaurant will always hold a very special place in my heart.” 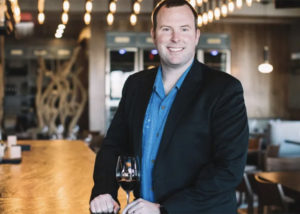 Russell J. Bendel Russ was born and raised in Philadelphia and relocated with his mother, father, and sister to California when he was a child. Russ grew up in the restaurant industry and always knew it was in his blood at an early age.
After many years with Outback Steakhouse and Fleming’s Prime Steakhouse, he was promoted to partner of Fleming’s flagship Newport Beach location at the age of 25, the youngest ever in company history.

In 2013, Russ acquired Vine Restaurant in San Clemente and has brought new life to a local’s favorite, while doubling annual sales at Vine and capturing a handful of awards like OC Registers Top 10 Restaurants in OC in 2015.

In 2016, Russ opened his second restaurant named Ironwood in Laguna Hills, designing the concept from scratch. Shortly after opening, Ironwood was named the Best New Restaurant in Orange County by the Golden Foodies in 2016 and business partner Gabe Whorley also was named Best Bartender of 2016 in Orange County. Both Vine Restaurant and Ironwood have also made it onto Brad Johnsons Top 75 places to eat in 2017.

Russ and his partners opened a third concept called Olea in Newport Beach in 2017, another wine country inspired restaurant with a new look and design.

Property owner Joe Hanauer, who developed The Old Pottery Place which Sapphire Laguna is a part of, said in an interview on Friday morning that he is “extremely excited” for the future with Bendel.

“Azmin has been terrific from Day One. He has provided a great quality product and helped elevate The Pottery Place and HIP District, and we’ve loved him. We’ve been working with him for quite a while knowing his desire to spend all of his time on the catering business he’s had, but on the other hand, we’ve been wanting to make sure we get the right operators before we approved the change. It was really critical to us to have a proven operator that has the same flair that Azmin has,” said Hanauer.

“We’ve been thrilled with our interaction with Russ and his team. They have a terrific restaurant that Jane and I have always frequented in San Clemente, The Vine.” We’re thrilled and couldn’t be happier,” Hanauer concluded.

More details to follow in TheBestofLagunaBeach.com
Sign up for e-mail notifications in the right-hand column on this page.