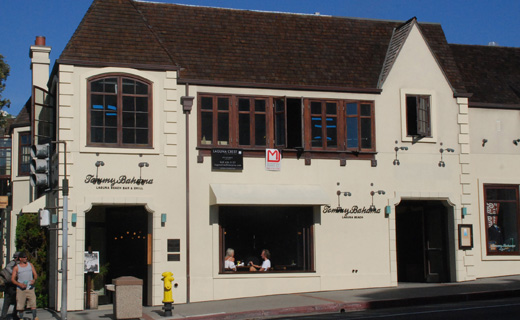 Launching a restaurant in Laguna Beach can be a lot like waiting through a pregnancy without any real delivery date to depend upon.

In early June, I wrote an article here in StuNews about 11 restaurants launching, eight of which were planning to be open by Sept. 1st. And now, four months later (and a month past September 1st), we foodie fanatics still wait anxiously for the remaining four on that list.

I can assure you, though, none of us are as eager as the restaurateurs and general managers themselves. Take, for instance, Jonathan Moore, our new GM at Skyloft Restaurant, Ivan Spier’s second concept restaurant here in Laguna Beach. This week, we met to discuss the opening of Skyloft, which should actually be an actuality in the next few weeks.

For months now, the town of Laguna has been abuzz with talk of Skyloft Restaurant. When Rockin’ Fish vacated above Tommy Bahama’s, it was only a matter of time before that prime corner real estate was scooped up. Happily, the scoop occurred from none other than Ivan Spiers, the restaurateur of Mozambique.

As we all have come to learn, Spiers is a big thinker. He didn’t just want the sprawling interior space … he wanted the rooftop, too, a feat that had obviously never been granted by the City before. Working closely with owner Sam Goldstein, Spiers found his way … and boy, is it awesome.

Now working on finish in the 8,700-square-feet, GM Jonathan Moore is turning his attention to talk of menu, live music and a rockin’ cool elevator that will be the finishing touch to a magnificent re-do of this restaurant property. 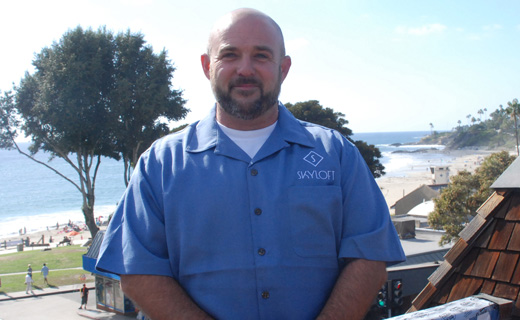 Moore knows Laguna Beach – and its beaches – like the back of his hand. Originally raised in Wilmington, Delaware, he was a skimboarding enthusiast who, at the age of 21, made a beeline for Laguna Beach and the skimboarding lifestyle.

Of course, skimboarding wasn’t his entire focus – raised by a restaurateur and chef, Jonathan was standing on milk crates washing dishes and prepping food in his Dad’s restaurants before he was out of elementary school. As he moved from one coast to another, he carried the many kitchen and front-of-house skills he’d obtained along the way, eventually handling the GM responsibilities for Yard House these last 10 years.

I can’t even tell you how great it is to be back in the heart of Laguna Beach,” says Moore. “There’s nothing like this town or its people anywhere.”

This spring, Moore began looking for a restaurant opportunity that he could be involved in from concept and management perspective “at a more personalized level,” he says.

“Ivan was that perfect fit. He loves the restaurant business and loves being involved in his restaurants. I can’t think of any better way to come back to this town than through this concept with this restaurateur.”

A South African Who Adores Americana

Just what is that new concept? Authentic Americana.

“No one else in Laguna Beach is doing real smokehouse or Americana,” says Spiers. “Americana – or what I’d call ‘southern style’ United States cuisine is just phenomenal. I was always making excuses to go to the South just to eat their food, and finally I decided it was time to make the trip a little shorter,” he says.

Indeed, Spiers has shortened his travel time … to about 5 minutes from his existing Mozambique office.

“We wanted to keep this menu very approachable, relaxed and fun,” says Moore. Our smoker will be producing tri-tip, brisket, salmon, baby back ribs and chicken wing menu items, but that’s just for starters. We’re going to be having a lot of fun here.”

The menu is a beauty (sorry, I can’t show you the real thing as that’s a secret until Opening Day). While it features burgers, steaks, seafood, pasta, sandwiches and salads, it’s the way it features these staples that promises happy moments ahead. 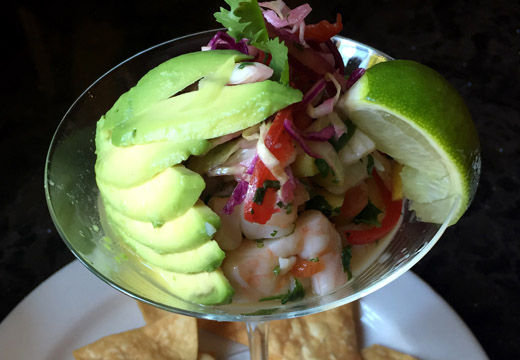 “There’s a big emphasis here on simple preparation and farm-to-table local produce,” says Moore. Skyloft Restaurant has contracted with (Laguna local) Erik Cutter’s Allegria Farms for the vast majority of its produce. “When you have super-fresh, organic produce and sustainable proteins, that food speaks for itself. It brings a depth and richness to any dish,” adds Moore.

While Mozambique Executive Chef Braulio Melo Camarena continues to finalize tidbits of the menu, Lead Bartender Louie Palmerin is deep in his mixology as he finishes the extensive cocktail menu.

“It’s amazing how easily the team is working together and putting all the pieces into play,” says Moore. “It takes such a concerted effort from so many sides.”

As kitchen management finishes its details, General Contractor Ken Fischbeck, Architect Marshall Ininns, Builder Morgan Ininns and Interior Designer Krista Schaeffer buzz along in parallel to the kitchen with their own “finish” work. 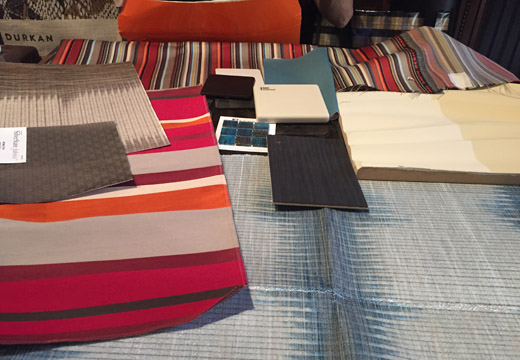 While the tables, floors and tables are not yet ready for photography, the personality of the place is taking shape. From top to bottom the place will be infused with warm reds, charcoals and “seaside blues.”

The front bar area offers ocean views from every high-top, bar stool and lower table. The back bar area will feature the live music arena and dance floor; the sound guy is toiling away on wiring as the flooring guys hover.

“We’re basically encapsulating this live music room,” says Moore. “We have big glass sliders and double-paned windows that will seal the live music inside. We want to stay on very good terms with our neighboring retailers, hotels and residents, so we’re taking extra steps on the front end,” he explains.

Level with the bar and to the south is the main dining room with easy, flow-through connections on either side. 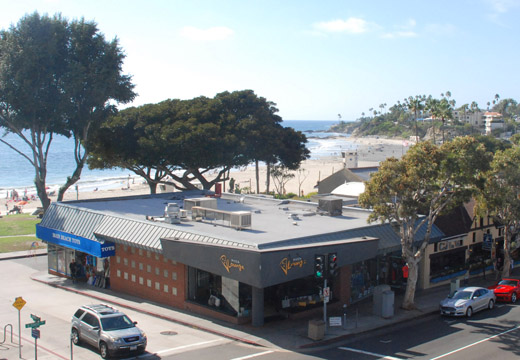 Upstairs in the wide-open air, the rooftop restaurant venue is taking shape, too. It, too, will be equipped with an upstairs bar, and an elevator from the ground floor will make its way up through a “trapdoor” in the floor.

The way Moore explains the elevator’s passage, I think of Willy Wonka’s flying glass elevator as it shoots through the candy factory’s roof. If you’ll remember, the Wonka man made this comment as he and Charlie ascended in the glass elevator: “Don’t forget what happened to the man who suddenly got everything he always wanted.”

When Skyloft at last opens, I think many, many people will be getting what they always wanted, too.