Star Treatment at The Ranch: National Geographic Night is Heavenly 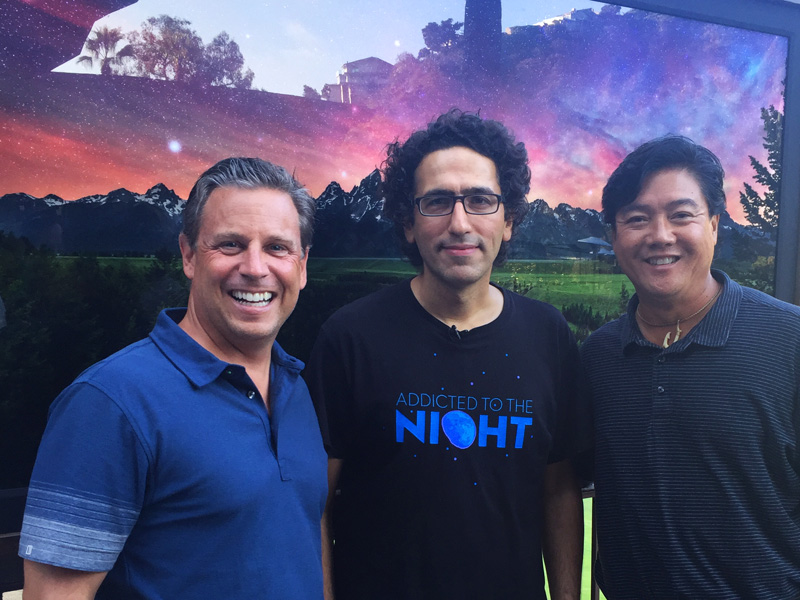 If you’ve visited Mark Christy’s renovated Ranch at Laguna Beach, you know we have a special gem on our hands. I call it our “oasis in our oasis” as it’s such a serene world tucked less than a half mile back from our raucous summer.

National Geographic thinks it’s a special gem, too. In 2017, the Ranch became the only California lodge to earn the” Unique Lodges of the World” designation. Only six resorts in North America hold the designation.

The Ranch also enjoys an exclusive bonus in that it’s the only lodge with this designation that also shares a National Geographic Fine Art Gallery in the same city.

This is how we came to know a most refreshing and unusual photographer this past Tuesday night. As Babak Tafreshi spends most of his time up all night in the most remote parts of the world, it was a special event, indeed.

“Kurt (Bjorkman) and I met Babak quite some time ago when he was visiting at the downtown Gallery,” says Director of Marketing Don Chock. “He was so amazing to talk to, that we thought it would be great to partner with the Gallery and do something special for him on his next circuit through Laguna.”Astral Photographer Babak Tafreshi (center) with The Ranch at Laguna Beach General Manager Kurt Bjorkman (left) and Director of Sales & Marketing Don Chock (right).

Babak Tafreshi looks like the kid we all knew in high school who actually loved chemistry class. He’s quiet and bespectacled with a shock of rather unruly curly hair.

At the age of 13, he stood on the roof of his family’s small apartment in Tehran and, for the first time, looked at the moon through a telescope. From that moment, he was hooked on what he saw through the lens of the night sky. He has since become one of the world’s foremost astral photographers, most recently earning the world’s most prestigious award for scientific photography, the Lennart Nilsson award.

The Mother Nature Most of Us Miss

You haven’t seen great night (or astral) photography until you’ve seen Babak’s extraordinary work. As it turns out, the camera lens can detect colors in the night sky that we humans miss – even the famed Aurora Borealis offers up gorgeous blue hues that humans simply don’t see.  Astral photography is considered to be the most difficult style of photo taking to do, yet Babak has devoted his life to the art for stunning reward.

As Babak spoke to our crowd at the Ranch, he thumbed through a portfolio of near-unbelievable work that led to easy storytelling. He touched on real issues and effects of light pollution (city lights taking over the landscape), rambling hikes in pitch-black nights, and sprinting around the globe to chase rare “sky activity” (in some ways, Babak is simply a storm chaser who, ehrm, does his chasing in the dark).

If you’ve ever stumbled around in the dark on a camping trip, you can imagine some of the issues that present themselves for nightscape photographers, but Babak has a sense of humor about it all. At one point, he admitted that the worst sound to hear in the middle of a cold, dark night is the bump-crash-bump-crash of your camera equipment as it hurls its way down a cliff face you didn’t know was there. 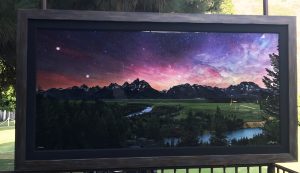 As a boy, Babak Tafreshi was inspired by Ansel Adams’ “Tetons and the Snake River” so Babak found his way there to photograph the same view in the middle of the night.

While there were a few gallery pieces at the event, Babak talked at length about one of his favorites – a Tetons photo – as it was a setting that he wanted to duplicate after first being  inspired with Ansel Adams’ famous photo.

Babak explained that his evening there proved to be very unique as there was ‘active airglow,’ which is a yellowish glow from the natural emission of light at the edge of space. Normally something that’s more visible to astronauts on the space station than to us here on the ground, Babak figured the glow was more significant and colorful because of higher solar activity that had been predicted by satellites. (Now, how different is that?)

After his talk, at least 40 people waited with Babak for nightfall and then took turns looking through a large telescope provided by National Geographic. Babak patiently walked viewers through rare finds in the night sky. On that night, the moon and Venus had a scheduled rendezvous, making a very close approach to each other in what astronomers call a conjunction; it was quite the shiny, bright and romantic event.

Babak’s Back to Sky Chasing …

At evening’s end, Babak was on his way to the airport for yet another adventure. Several of his pieces, though, are hanging at the National Geographic Fine Art Gallery on Forest Avenue. While his personal stories breathe even more beauty into these works of art, their drama and beauty can certainly stand in his stead. This is a must-see visit!

The National Geographic Fine Art Gallery is at 218 Forest Avenue.